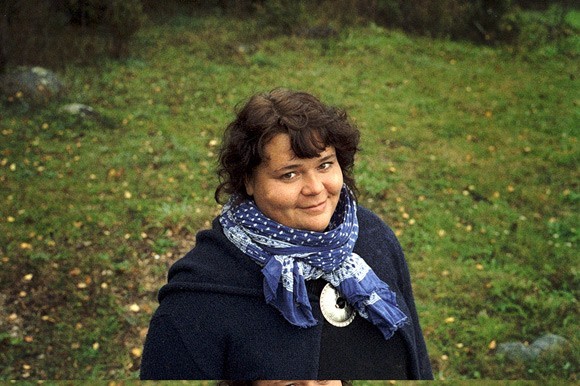 Kino Sõprus (“Sõprus” means “friendship” in Estonian) is a legend on its own. As the oldest existing cinema in Estonia it is considered to be the only real continuous art-house cinema, due to its non-mainstream and quirky film selection. The building with its grand façade was commissioned in 1955 at the height of Stalinism and since opening it received 6,000 to 7,000 visitors per day. Since February 2010 the cinema has been operated by NPO Black Hand and is mostly privately funded.

Kino Sõprus (“Sõprus” means “friendship” in Estonian) is a legend on its own. As the oldest existing cinema in Estonia it is considered to be the only real continuous art-house cinema, due to its non-mainstream and quirky film selection. The building with its grand façade was commissioned in 1955 at the height of Stalinism and since opening it received 6,000 to 7,000 visitors per day. Since February 2010 the cinema has been operated by NPO Black Hand and is mostly privately funded. The elaborate interior has been maintained and meticulously restored under the guidance of Markku Pätilä, set designer for most of Aki Kaurismäki’s films. Kino Sõprus has 210 comfortable seats and 30 extra seats in the cinema bar located within the screening hall.

Born in 1976 to an Estonian-Abkhazian family, Tiina Savi studied diplomacy, economics and documentary filmmaking. She worked as a diplomat, negotiator, professional card dealer and theatre producer in various European cities before finding what she calls “the true calling in the magic world of cinema” in 2005.

Tiina Savi: Our cinema’s biggest challenge and also triumph is to keep our street credibility as the cinema where no compromises are made.  History is on our side and local people are well aware of the brand Kino Sõprus that has served its audience for 57 years. Without any help from local government and basically none from the state, we have been rather inventive in keeping our doors open.  One of the smartest decisions was to start distributing ourselves. This way we can really control our repertoire and also buy films (for example, Drive) that make good numbers in multiplexes and then use that box-office to buy something like Bela Tarr’s Turin Horse.

We have an absolutely fantastic crew and we all are a bit nuts and probably would make good money selling TV reality shows live from our office but you know, love overcomes all obstacles and we do share a true love for cinema. This is essential. At the end of the day, all the blood, sweat and tears that go into running an art-house cinema seem actually worth it when you see excited audience members passionately in discussion after a screening or find a box of chocolate with a “Thank you!” note from an anonymous cinema buff.

Art-house cinemas worldwide are run primarily from heart and passion and their audiences are smart and loyal; they get it right away and keep coming back for more, because what they get is real: real cinema and real films.

Luckily we are considered to be the only “real” continual art-house cinema in Estonia due to our non-mainstream and quirky film selection. Our main strategy is to maintain and to continue the tradition of exhibiting both classic and contemporary films that do not fit into the standard multiplex format.

We keep an eye on festival releases and critics’ reviews and try to keep the diversity of films and genres quite wide, from features to docs, shorts and animated films. We think it is important to bring something fresh for local cinema market and offer audience something to chew on.

Recent titles include Holy Motors, Amour (essential for every art-house cinema) Turin Horse, Shame and smaller films such as Tyrannosaur (what excellent performances!), Keep the Lights On, and Underwater Love. The next upcoming title is Kiarostami’s Just Like Someone in Love, opening on Valentine’s Day.

We have a special label Fresh From Sundance that has covered some really excellent indie titles, such as Daddy Longlegs, Winter’s Bone, Four Lions, and now upcoming The Sessions. One of our biggest successes in recent years is documentaries, such as Glawogger’s Whore’s Glory and Banksy: Exit Through the Gift Shop.

In addition to “la crème de la crème” of modern titles, we also screen retrospectives from masters such as Federico Fellini, John Cassavetes, Michelangelo Antonioni, and Aki Kaurismäki. Our next retrospective is at the beginning of March: Jean-Luc Godard. And yes, of course, all films are screened from 35 mm prints!

The cinema is home to many festivals, events and film weeks. Why are these important and what do they achieve? How does a cinema like your serve the local community?

Kino Sõprus is indeed a home for festivals DocPoint in Tallinn, Animated Dreams, Black Nights Film Festival, Zipangu Jap and many others. This definitely helps us to maintain our credibility and also brings us new audiences, keeps our repertoire fresher and shows that we are a worthy partner for established organizations.

We also have a tradition of some more quirky film events and weeks. A while ago we screened Marco Ferreri’s La grande bouffe and had a round table with well know hedonistic actors, writers and directors who talked about their abusive consuming habits. That was quite a crazy idea but worked out really well.

A very popular activity has always been our American Alternative Film Week with the works of John Waters, Andy Warhol, David Lynch and similar artists. The next one is coming up in April. We also always welcome smaller initiatives from outside and well-thought-through ideas will be often formed into actual film events or even film weeks. The latest one was a successful George Perec film evening with presentation, discussions, bookselling and a screening.

Among other things Kino Sõprus publishes the monthly newspaper La Strada dedicated to cinema with a print run of 25,000 that covers what’s on, what’s off and what’s next and also includes interviews with filmmakers and reviews on upcoming titles. It is available for free in cultural centers and bars/pubs/clubs in Tallinn.

All this helps us to keep fists clenched against the onslaught of mass culture that treats its subjects as statistical consumers.

Europa Cinema membership is a well-known quality label with many benefits. This privilege gives us opportunity to exchange invaluable know-how with similar cinemas operators around Europe and I can say that we have really gained a lot from the EC organized events and meetings. For example at last year’s Locarno and also Black Nights Festival there was a great new industry event Step In focusing on the East European region with specific distribution and exhibition issues. I believe that was the most useful for everyone present.

Europa Cinemas has proven to be kind and caring organization for all little cinemas in Europa.

What about the digitalization of cinemas? How will it affect your work and your cinema?

Kino Sõprus will be digitalized by April this year and we welcome this change with open arms. Digital is taking over globally, so it is inevitable and will actually give us greater flexibility in programming and film selection, and it will also significantly reduce the prices.

There is also a big but involved: digitalization of art-house cinemas will take place only in Tallinn, so what happens at the local level? What about all the small cities and hungry film buffs there?  What will happen to the overall film education?  Kino Sõprus will of course maintain its 35 mm film projection and every now and then people can enjoy the magic of celluloid.

Kino Sõprus
Vana-Posti 8
10146 Tallinn, Estonia
Phone: +372 6466332
www.kinosoprus.ee
This email address is being protected from spambots. You need JavaScript enabled to view it.
www.facebook.com/soprus