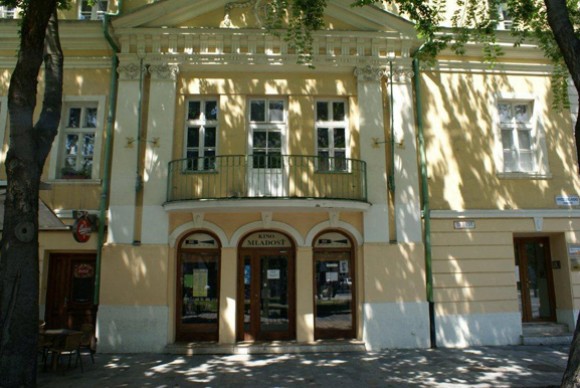 FNE together with Europa Cinemas continues its Cinema of the Month series. In recognition of the hard work and excellence of European cinema operators we choose a cinema from each country covered by FNE each month. We look at the challenges and the successes faced by those cinemas with a special series of interviews that offer insights that other operators can benefit from and a platform for the exchange of ideas. This month we focus on Slovakia and Daniela Hyrosova who is the manager of the Mladost Cinema in Bratislava. 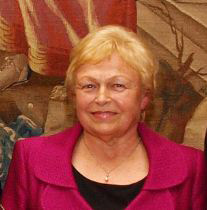 Daniela Hýrošová has worked in the Slovak cinema and film distribution industry for more than 40 years. After graduation, she became a programmer for some 200 cinemas in western Slovakia which were all state-run and centrally managed at that time. Later, she continued her work as a programmer, but specialised on the Bratislava area only. Today, she is the manager of Mladosť, which has remained the only repertory cinema in the Slovak capital. Averaging more than 1,000 screenings a year, Mladosť is a regular venue for many film-related events. As Hýrošová told FNE, she is lucky enough to have merged her job with her hobby.

1. What is the biggest challenge of running a cinema such as yours??

Mladosť has occupied its premises since 1913 and since that time it has been known as a cinema that is "different", that is, meant to satisfy the most demanding spectators by focusing primarily on niche genres. Lately, though, I have the impression that fewer and fewer people are interested in this kind of movie. This is not really surprising. The young do not know much about film; we are trying to change that, but commercial television continues to blunt aesthetic values and schools seem to be concerned with other issues.

2. What kinds of films do you prefer to screen and why??

We avoid screening blockbusters, because our regulars are not interested in them. Instead, we offer niche movies, such as those distributed by the Association of Slovak Film Clubs (ASFK, www.asfk.sk), but also different documentaries, and movies that by their content do not fit in multiplexes. Of course, this does not mean we exclude "light genres" from our programme: good films are not necessarily dull and serious.

3. The cinema is home to many festivals, events and film weeks. Why are these important and what do they achieve??

Indeed, a number of mini festivals take place at Mladosť throughout the year. Most often, we offer profiles of national cinematographies. I personally enjoy very much these events, organised for the most part by foreign embassies in Bratislava. I am amazed at how enthusiastic and proud diplomats can be when they present movies made by their compatriots, and touched by their disappointment if sometimes the hall is not chock-full. Another type of events we often organise is thematic festivals, which focus on genres such as children's films, musical films, student films, film adaptations, human rights documentaries, etc.

4. What is role of Europa Cinemas for cinemas such as your cinema and why is it important??

We have been a member of Europa Cinemas for 12 years and, above all, the network represents a great source of inspiration for our team. We regularly visit its website to learn more about new successful and award-winning movies, so that we are able to better introduce them to the local audience. Additionally, we attend the network's annual conferences, where we always find out about new trends in programming and technology, as well as about methods of approaching our audience, particularly the younger generation.

5. How does a cinema like yours serve the local community??

Our cinema has been part and parcel of Bratislava's environment for almost a hundred years, which is not only thanks to the films we screen, but also thanks to the numerous side events we organise. These include, for example, concerts that often take place outside our premises [situated in Bratislava's main square] and are thus available to all passers-by.

6. How does the cinema fulfill its role of cultural diversity - maybe you can give some examples such as programming of European films, films from countries outside MEDIA such as Asia, Latin American and in the Mediterranean region??

Though we usually focus on Europe, in recent years there has been an increasing number of movies by Indonesian, Korean, Japanese or Taiwanese directors in our programme. We have also organised several editions of the Hispanic Film Festival. As for African movies, these unfortunately hardly get screened in Slovakia. However, we do our best to screen movies from emerging countries.

7. Can you say something about your work with YOUNG Audiences??

In the past we tried for a few years to organise a sort of film school for the young to present cinema as the major art form of the 20th century, but, unfortunately, we failed to keep it running, because cinema is viewed by authorities as entertainment rather than art, unlike, for instance, theatre, which receives much more support from the government. We also endeavour to attract students by offering them matinee screenings, but it is difficult to persuade teachers that they should include film in their curricula. Moreover, most young people prefer multiplexes to repertory cinemas, which makes it even more difficult for us to attract their interest.

8. What about the upcoming digitalisation of cinemas?? How will it affect your work and your cinema??

Our cinema is small and modern digital technology is very expensive, particularly with regard to our box office grosses. On the other hand, we are aware of the fact that many films are only available in digital format, from documentaries to short films, from student movies to cartoons, from experimental films to infomercials to educational movies. So digitalisation is something we will most probably have to accept.