{mosimage}MOSCOW: FNE director Anna Franklin was on stage in Moscow recently to present a prize on behalf of FNE at Cut the Russian awards for best producer of debuts in Russia and the CIS. This is part of the FNE initiative to open new opportunities for CEE filmmakers in Germany and Russia by introducing new names and new talents. 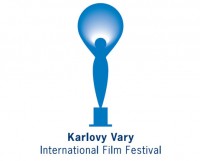 For the third time now, our international Stop Motion Animation Workshop is going to be organised in Hungary, from the 21 July until the 5 August, and it consists of two separate weeks of training: on the first week, it joins the HelloWood festival in Northern Hungary, adding some new interdisciplinary perspectives to the program, and on the second week, it continues in Budapest, at the Moholy-Nagy Univeristy of Arts and Design.

The professional objective of the workshop is to keep the heritage of stop motion animation alive by combining them with digital techniques such as digital production and post-production. The project aims to contribute in implementing more stop motion featured films especially in Central-Eastern European countries. The trainings will be led by international experts, with one of the bests, David Purves as well.

We are still calling for application animation students and professionals from different countries. I would like to ask your cooperation, it would be really helpful if you could promote or forward our call for participation with the e-flyer that is found in the attachment.

The 65th Festival del film Locarno salutes Johnnie To with a Pardo alla carriera for his exceptional contribution to cinema as a director and producer. The presentation will be accompanied by the European Premiere screening on the Piazza Grande of Motorway (Che sau), To's latest production, directed by Soi Cheang.

Johnnie To, key figure in Asian cinema, has directed over fifty films and has as many to his credit as a producer. Born in Hong Kong in 1955, To began his career in television, and in 1980 co-directed his first theatrical feature The Enigmatic Case (Bik seoi hon saan dyut meng gam, with Yeung-Wah Kam). He came to wider attention in 1989 with All About Ah-Long (Aa long di gu si), starring Chow Yun-Fat, an actor with whom he made two further big box-office hits. In 1996 To founded, along with Wai Ka-Fai, Milkyway Image, an independent production company that became a flagship for Hong Kong cinema, especially its noir side. From 2000 onwards, Johnnie To has found international acclaim on the festival circuit, with films he directed and produced such as The Mission (Cheung fo, 1999) and PTU (2003), screened at Berlin, and Breaking News (Dai si gin, 2004) and Election (Hak se wui, 2005), shown at Cannes.

To mark Johnnie To's tribute, the Locarno Festival will screen a number of the producer-director's films, including his latest production, Media Asia and Milkyway Image's Motorway (Che sau), directed by Soi Cheang - whose film Accident (Yi ngoi, 2009) was selected for competition at Venice - and stars Anthony Wong Chau-Sang and Shawn Yue. This crime thriller will be on the Piazza Grande during the upcoming Festival del film Locarno and will be released in Hong Kong and China on 21 June.

«We are delighted to welcome major director and producer Johnnie To to Locarno. Each of his films is a love letter to his native city, urban poems that never tire of celebrating the nocturnal settings, artificial beauty and vital buzz of Hong Kong», comments Olivier Père, the Festival's Artistic director.

The full article is available on Olivier Père's personal blog at:
http://olivierpere.wordpress.com

Award-winning films from the world's most prestigious festivals, Oscar nominees, exclusive premieres of critically acclaimed pictures, the latest in Slovak cinema, Asian blockbusters, even tributes to revered celebrities of the silver screen - all this and more awaits audiences at the 20th anniversary of Art Film Fest, running from 16 to 23 June in Trenčianske Teplice and Trenčín.

A likely contender for this year's prize catch is Woody Allen's brand new comedy To Rome with Love. Art Film Fest's exclusive screening will be the first to follow the film's world premiere in its titular Italian city. In the legendary director's latest discovery of a European metropolis, American tourists and Italian locals get caught up in a web of awkward misadventures, romantic and otherwise.

Art Film Fest 2012's programme will be divided into 13 sections, including tributes to this year's award winners, altogether comprising 159 films of which 88 are features and 71 are shorts. In the International Competition of Feature Films, the Blue Angel will go to one of 12 pictures bearing awards from top international festivals such as Sundance, Locarno and the Berlinale. 37 shorts from around the world, including several Oscar nominees, will vie for the Blue Angel for Best Short Film in the International Competition of Short Films.

Around the World will offer film connoisseurs globe-trotting cinematic treats in their exclusive Slovak premieres. One of the section's most anticipated entries is the directorial debut of Hollywood star Angelina Jolie - In the Land of Blood and Honey. Lauded by critics everywhere and nominated for a Golden Globe, the powerful film tells the story of star-crossed lovers torn tragically apart by the Yugoslav Wars.

Winner of the Golden Bear at the 2012 Berlinale, the Taviani brothers' Caesar Must Die is among the highlights of this year's European Corner section. Still directing well into their eighties, the veteran filmmakers capture a distinctly unusual production of Shakespeare's "Julius Caesar", cast entirely by convicts in a maximum-security prison.

The icing on Art Film Fest's 20th birthday cake will be provided by Leaving the Cinema, a celebration of the cinema venue itself as well as a retrospective on the development of film screening. The section is an homage to the classic cinemas and 35 mm celluloid projectors that, with the rapid adoption of digital technology, will be history before we know it.

Art Film Fest 2012 will also feature activities and workshops for film professionals. In its third year in Trenčianske Teplice, the screenwriting workshop MidPoint is offered to students of selected international film schools, and for the first time a workshop has been organized for professional screenwriters as well. Returning visitors will also remember Forum, a series of lectures and courses focused on the international promotion of upcoming Slovak films.

In addition to films, audiences can look forward to an abundant variety of musical performances. As in previous years, Trenčianske Teplice's Kursalon, the festival's official café, will feature live music every evening, hosted by versatile musician Oskar Rózsa. The list of performers will include Czech sensation Lenka Dusilová, recipient of multiple Angel Awards. Festival screenings will be held in Trenčianske Teplice at Prameň Cinema, the Cinema Tent and the Spa Hall, as well as in Trenčín at ArtKino Metro, two auditoriums at Cinemax and the Cinematograph on the city's main square.

The festival is held under the auspices of Prime Minister of the Slovak Republic Robert Fico.

For acclaimed Palme d'Or winners to be screened at a Slovak film festival literally days after Cannes's conclusion used to be a rarity. But last year Art Film Fest managed to do just that, acquiring several films freshly awarded at the prestigious French festival - and this year they've done it all over again, embellishing the festival programme with exclusive Slovak premieres of seven hot new releases straight from the Riviera.

First and foremost is Love, the winner of this year's Palme d'Or, the second such honour for director Michael Haneke. With his latest film, the controversial and highly regarded Austrian director tells the story of a retired couple whose relationship is put to the test when a stroke leaves their daughter paralyzed. The picture is made all the more powerful by its impeccable cast, including Emmanuelle Riva, Jean-Louis Trintignant and Isabelle Huppert, who won Art Film Fest's Actor's Mission Award in 2007.

Winner of the 2007 Palme d'Or and chair of Art Film Fest's main jury in 2008, Romanian director Cristian Mungiu has done it again with Beyond the Hills. The film was awarded at Cannes for best screenplay and best actress, shared by its two female stars for their portrayal of an unusual love triangle, whose third component is God himself.

David Cronenberg's devoted cult following will no doubt rejoice at the news that Art Film Fest is featuring his latest picture Cosmopolis, fresh from Cannes's main competition. This time around the Canadian provocateur has set his sights on a truly worthy target - Wall Street, taking viewers on a 24-hour limousine ride through a Manhattan that has erupted into chaos. As investment banker Eric Packer's paranoia mounts, he gets closer and closer to uncovering a terrifying secret.

A very different, but no less exciting journey is the subject of Argentinean director Alejandro Fadel's The Wild Ones, awarded at Cannes's Critics' Week and scheduled to compete for Art Film Fest's Blue Angel. After making a violent getaway from a reform school, five teenagers embark on an exodus across one hundred kilometres of unforgiving wilderness, turning into a mystical fable of courage and grace.

Laced with a divine mystique, Holy Motors is the latest film from Leos Carax, the undisputed enfant terrible of French cinema. In his own words, "The film is...a form of science fiction, in which humans, beasts and machines are on the verge of extinction - ‘sacred motors' linked together by a common fate and solidarity, slaves to an increasingly virtual world."

The subject of heated debates at Cannes, Ulrich Seidl's Paradise: Love may be this year's most controversial film yet, taking an unflinching look at "sugar mamas" - middle-aged European women who frequent Kenya's beautiful seaside resorts in search of young African lovers.

The festival is held under the auspices of Prime Minister of the Slovak Republic Robert Fico.

Famous faces etched in viewers' minds and famous names behind major cinematic oeuvres are set to pay a visit to the 20th Art Film Fest, running from 16 to 23 June in Trenčianske Teplice and Trenčín.

This year Art Film Fest's Golden Camera will go to three film professionals for their significant contributions to cinema: Andrei Mikhalkov-Konchalovsky, one of the most distinguished directors in Russia (and Hollywood for that matter), notable Slovak cinematographer Dodo Šimončič and influential Slovak dramaturge and director Rudolf Urc.

Béart, Konchalovsky and Šimončič will accept their awards at Art Film Fest's opening, and Kingsley, Donutil and Urc will do so at its closing.