This month we speak with Margarita Arsova, the programmer of the Youth Cultural Center in Skopje, Macedonia. The center runs several venues including three cinemas – Millenium (with 505 seats), Frosina (with 263 seats) and Pocket (with 80 seats). Millenium and Frosina cinemas are part of the Europa Cinemas network. 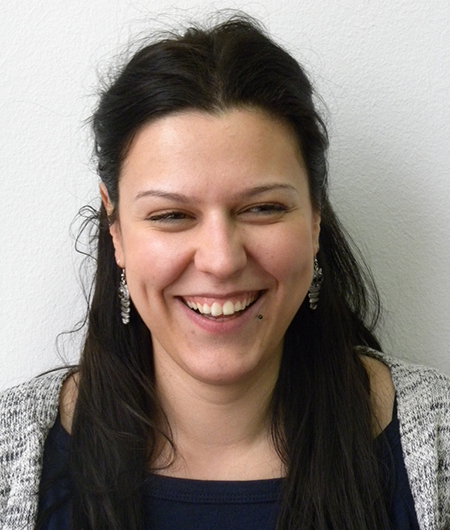 Margarita Arsova: The Youth Cultural Center as a cultural center manages two cinemas that are part of the Europa Cinemas network - cinema Millennium and cinema Frosina. The biggest challenge in running these two cinemas (which are very similar programme-wise) is the fight with the illegal download in our country – i.e. maintaining and developing new audiences while fighting with the Torrent-based services that are more affordable and convenient (within the commodity of one’s home).

Other challenges are the regulations which limit the offers in our cinemas, which are connected with public procurements. However, we try to balance things with suitable programming in which as fairly positive practices are the film festivals (in terms of promotion of European cinema) and children programmes, as well as the cooperation with local distribution companies for the implementation of different film programmes and projects.

Margarita Arsova: The main focus of cinema Frosina and Millennium are European films. Cinema Frosina stands solely on this programme orientation, while cinema Millennium has also premieres of blockbusters and Macedonian domestic titles. We try to screen different genres, since we do operate two out of the three cinemas in Skopje, and whilst trying to satisfy the taste of each of our current and potential cinema audience.

FNE: The cinema is home to many festivals, events and film weeks. Why these are important and what do they achieve?

Margarita Arsova: These types of events, both on a large and a small scale, help us with the promotion of the cinema culture as well as maintaining the continuity with the audience. With future actions, we also hope that we can expand our reach and distribute part of our programme from our events to a VOD platform or to the other cinemas in the country.

Margarita Arsova: The role of Europa Cinemas throughout the years was of an immense help to us, a struggling cinema trying to find its place within the industry and its audience. We consider Europa Cinemas with its long-term actions, funding and programmes to be our partner, our guide towards building independent and prospective cinemas, resolutely turned towards European films and their promotion.

Margarita Arsova: We maintain a close collaboration with the local community and try to establish good relations with different kinds of social groups. For example, we provided free screenings for the participants of the Special Olympics team from Macedonia, recently to the people serving their sentence at the state prison, to the Association of the Visually Impaired People in Macedonia, or even the children that are in foster care or from socially vulnerable categories. The fact that we are a public-owned cinema gives us some kind of freedom in the decisions to offer such services. I don’t think we have ever turned down a request to serve to the domestic community in any way.

Margarita Arsova: We have specialised programes for young audiences, and we are in collaboration with the local academies for the promotion of student and amateur films in our cinemas, that expands our audience base. We also have screenings of children films synchronised on Macedonian and Albanian, and we also include in our programme music documentaries for musicians, bands, or influential musical artists or genres that are of interest to the younger audience.

Margarita Arsova: Here, I must again mention the support of Europa Cinemas, since with their immense help we have digitalised both our cinemas and introduced our cinema management to the 21st century. The digitalisation of the cinemas was an inevitable process, a technological advance which helped us save costs (the transport of the 24mm reels was obscurely expensive!) as well as in terms of the cinematic experience (better picture, better options with the promotion of the films, and the screening process likewise).