Meeting Point – Vilnius: The complete list of upcoming films from the Baltics and beyond 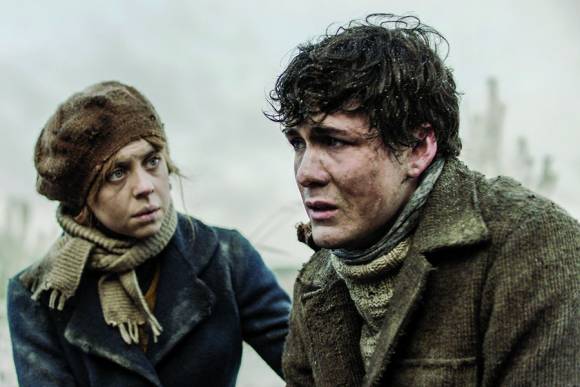 25 film projects from 21 countries will be presented this Wednesday, at the 8th international film industry event Meeting Point – Vilnius.

The projects were selected from more than 50 applications from the Baltic States as well as Central and Eastern Europe countries: Lithuania, Latvia, Estonia, Georgia, Ukraine, Hungary, Slovenia, Slovakia, Romania, Bulgaria and others.

In the 8th edition of Meeting Point – Vilnius filmmakers will present their projects in two categories: Coming Soon from Baltics and Coming Soon New Talents.

The best film projects will be picked for the industry screening at Cannes Marche du Film. 20 minutes excerpts of selected winners will be shown in "Vilnius IFF Goes to Cannes" session at this year’s Cannes film festival.

The winners will be selected by the international Jury which consists of Marie-Pierre Valle (Head of Acquisitions of Wild Bunch), Nikolaj Nikitin (Berlinale delegate for Eastern and Central Europe) and Guillaume de Seille (Arizona films (France) producer).

Lithuanian director Audrius Stonys together with Latvian director Kristine Briede will present documentary project Baltic New Wave. It puts spotlight on the unique phenomenon in the history of cinema: the Baltic school of poetic documentary. Established in 1960s by filmmakers from Latvia, Lithuania and Estonia it broke the dogmatic propaganda documentary tradition of the Soviet Union. Baltic New Wave's documentaries were completely different: humane, meaningful and poetic.

Lithuanian director Eglė Vertelytė and producer Lukas Trimonis will present a feature film Miracle co-produced with Bulgaria and Poland. This tragicomic drama depicts a middle aged Lithuanian woman, who struggles to keep her pig farm. A handsome American businessman arrives pledging to save the struggling enterprise and turns the woman's life upside-down.

Up and coming director Aistė Žegulytė, together with a promising producer Giedrė Burokaitė will pitch their first full-length documentary film project People, Animals and Things on the art of taxidermy.

Ashes in the Snow is among the most awaited films in 2017 in Lithuanian cinema's as well as worldwide. The story is based on "Between Shades of Grey", the New York Times best-seller by Rūta Šepetys. Directed by Marius Markevičius (director of The Other Dream Team, producer of producer of Like Crazy), produced by Žilvinas Naujokas (producer of Tadas Blinda. Pradžia). The World War II drama focuses on Stalin's brutal dismantling of the Baltic region in 1941. An aspiring artist and her family are deported to Siberia. In a seemingly hopeless place, love is the only means of survival. The film stars Brittish actress Bel Powley (The Diary of a Teenage Girl).

Feature documentary Ultra,distributed by HBO Europe, directed by Balazs Simonyifocuses on runners from around the world participating in the Spartathlon, one of the most challenging of races. A historic distance of 246 kilometres from Athens to Sparta takes 36 hours to finish. Runners from Hungary, Germany and France, and also the director himself, have their own personal reasons for joining the run. None of them knows if they will ever be able to finish. The film is in co-production between Hungary and Greece.

9 films will be shown in the Industry Screenings session on April 4-6 in Forum Cinemas Vingis. Among them is a feature documentary About Stops, Runs and Bananasby an award winning Lithuanian director Arūnas Matelis. The creator of Before Flying Back to Earth (the winner of Silver Wolf in Amsterdam International Documentary Film Festival, 2005) was negotiating for 7 years to get a permission to shoot inside the prestigious Giro d‘Italia bicycle race. Now he is able to tell an unexpected story of the unspoken side of cycling sport – cyclists who sacrifice their careers to help teammates. They are called water carriers, domestics, Sancho Panchas of professional cycling. The film allows the viewer to jump into the magnificent world of the race seen through the window of the medical team.

The Man Slayer. The Virgin. The Shadowemploys a theme from the Scandinavian and Estonian folklore. The time frame of the story is from the early morning of a wedding day until the early morning of the following day. The characters are driven by force majeure – the local customs and rituals which were common a hundred years ago. The film is directed by Estonian Sulev Keedus, produced by Estonian Kaie-Ene-Raak and Lithuanian Rasa Miškinytė.

Ekaterina Markavets will present her film Towards the Miracle about Sasha Avdevich, a social media phenomenon in Belarus. He became paraplegic after a motorcycling accident but now he is the most famous wheelchair user in Belarus.

Alexander Mihalkovich's film Babushka. Lost in Translation tells a story about an elderly Ukrainian woman who has been living in Crimea for the last 15 years. Both the director and producer Volia Chajkouskaya will attend Meeting Point – Vilnius.

Maksim Shved's film The Art of Cencorship takes on two artists who came up with a bold idea to make street art the national brand of Belarus and promote it worldwide.

Ordinary film (directed by Liubov Ziamtsova, produced by Volia Chajkouskaya) is a love drama of two totally different women who love one man.

Mein Deutschland by Alexander Svishchenkov depicts Andrei Schimanski, an ethnic German, tormented by the past.

Established in 2010, Meeting Point – Vilnius is a growing international film industry event, attracting around 300 film professionals from Lithuania, Baltic countries and all around the Europe. Coming Soon screenings are an important part of the event. Previously, films such as The Gambler, Summer of Sangaile or Mellow Mud were succesfully pitched after the Coming Soon sessions in Vilnius.

Tweet
More in this category: « Unwavering Women and Born Fighters: The goEast Competition 2017 SPECIAL SCREENINGS OF 33. WARSAW FILM FESTIVAL »
back to top