The winners of the 22nd Vilnius Film Festival are announced 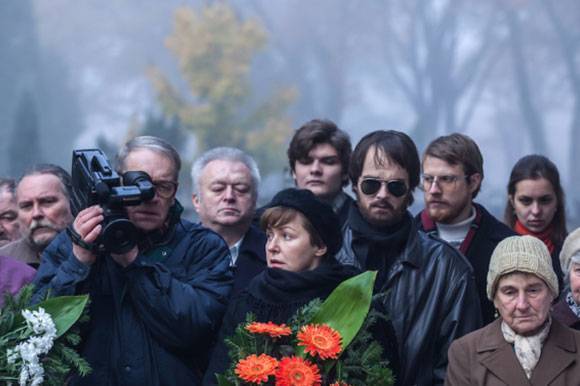 Matuszyński's film recreates the real-life story of Zdzisław Beksiński, a legendary Polish surrealist painter. The film was praised for its exceptional camerawork and the unique, disturbing portrait of the troubled family.

Stonys made history as the first Lithuanian director to ever win for the best film in any of Kino Pavasaris competitions. Woman and the Glacier focuses on Lithuanian scientist Aušra Revutaitė living in isolation in the 3,500 metres high mountains in Central Asia, researching the climate change.

The festival was a success for Stonys, the prominent Lithuanian documentarian, now working on an upcoming film Baltic New Wave, together with Latvian director Kristine Briede. Their new film focused on Baltic documentary filmmakers from the Soviet times was chosen as one of the winners in Meeting Point - Vilnius industry screenings. It will be shown in Cannes industry screenings this May.

Among this year's winners of Kino Pavasaris is Ukrainian Sergei Loznitsa with his new documentary Austerlitz, which shows tourists visiting former concentration camps. “Why do they go there? What are they looking for?” asks the director.

Bulgarian directors Kristina Grozeva and Petar Valchanov are awarded for their work on the film Glory, depicting corruption in Bulgaria. The film also got a special award by the CICAE jury.

The winner of Short Film Competition was Close Ties by a Polish director Zofia Kowalewska.

The closing ceremony of the biggest and oldest film festival in Lithuania was held this Thursday at the Lithuanian National Philharmonic. This year, the festival screened more than 130 feature films and 70 short films. The festival counted more than 100,000 cinemagoers in 5 biggest cities in Lithuania.

To Be Continued (Latvia)
Directed by Ivars Sileckis

Here you can find information about any of Kino Pavasaris films: http://kinopavasaris.lt/en/programa

Let us know if you have any other requests.