Submit your film to the 11th Two Riversides Festival 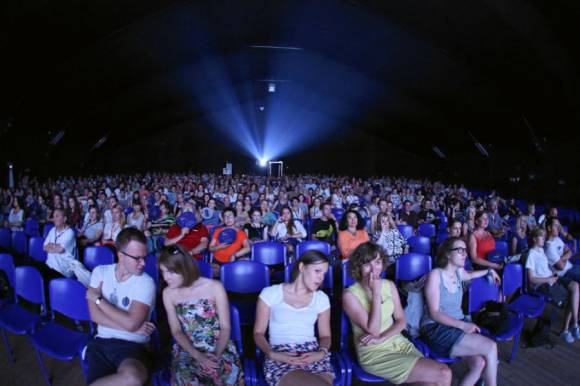 Two Riversides Film and Art Festival encourages everyone to submit their films for this year’s edition. We are looking for feature films and documentaries, as well as animations and experimental films. We are accepting applications until May 31st 2017.

The films can be submitted to the main Two Riversides program, namely WORLD UNDER CANVAS (above 60 minutes) and IN THE SHORT RUN (below 60 minutes).

We also have an open call for our SHORT FILMS COMPETITION, which for years has been enjoying popularity among viewers and authors who come to Kazimierz and Janowiec to talk about their – often first – productions. The competition accepts films of a running time up to 35 minutes – features, documentaries, animations, experimental films – produced in 2016 or 2017. Older films may also be accepted, as long as their screening at the Festival will be their first Polish presentation. The competition films will be judged by a Jury assembled by the Festival’s Program Department.

The competition has been part of Two Riversides since its second edition. For film directors it is a chance to make an appearance on the big screen, and to win financial prizes. The Main Award is 5000 zł, 2nd place – 3000 zł, 3rd place – 2000 zł.

Details concerning the requirements for particular sections are defined in the FILM SUBMISSION REGULATIONS.

To make the application process easier, films in all sections can be submitted using the FilmFreeway internet platform: www.filmfreeway.com/festival/tworiversides. Simply create an account for your film, upload a viewing copy and submit it to our Festival – submission fee is only five dollars. You can only submit one film directed by a given artist. If you have questions, please email us at: This email address is being protected from spambots. You need JavaScript enabled to view it..

Also this year there will be THE AUDIENCE POLL – the participating films are those from the “World Under Canvas” section. Feature-length film premieres from other sections may be included in the poll. Two Riversides audience will vote for the best productions. The final list of films participating in the poll will be announced on our our website no later than a week before the beginning of the Festival.