Opening ceremony of the 64th Pula Film Festival with The Avalanche 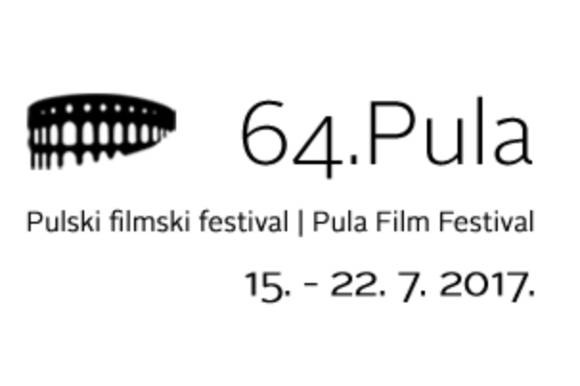 170 films, 88 premieres, 20 venues, 15 film programmes - these are the numbers of this year’s abundant, 64th edition of Pula Film Festival. The opening ceremony was held yesterday, under the starry Pula skies.

The opening ceremony launched outside the Arena, at 8.30 p.m., on the red carpet, which welcomed the Festival guests, film crews, officials, and the Festival Directing Board.

The red carpet was hosted by Jelena Vitasović and Davor Garić, welcoming Festival guests, film crews and officials, led by the Envoy of the President of the Republic of Croatia Kolinda Grabar Kitarović, Istrian Country Prefect Valter Flego, Envoy of the Prime Minister of the Republic of Croatia Andrej Plenković, and the Minister of Culture Nina Obuljen Koržinek. The opening ceremony was also attended by Deputy Speaker of the Croatian Parliament Furio Radin, deputy mayors of the City of Pula, and the Ambassador of the State of Israel Zima Kalay Kleitman.

The ceremony marked the launch of the largest national festival with the Croatian national anthem, performed by Croatian music diva Vanna, with Bruno Krajcar on the piano, on the stage with the largest festival screen, in front of a large audience.

The 64th Pula Film Festival opening ceremony was hosted by Iva Šulentić and Ivan Vukušić, who welcomed the audience from the stage and on the big screen thanks to the ‘magic’ of the Festival Black Box, which allows all visitors to the Arena to become a star of the Festival for a brief moment. Following the welcome, the hosts invited Gordana Restović, the Festival director, to the stage.

The director welcomed the audience, film crews, professionals, and all of guests of the Festival, and thanked the large organisation team that made the most abundant edition of the Festival yet come to life.

“We have tried to make the Festival even more abundant and rich this year, and we believe we were successful. This is a new Pula Film Festival, as each year’s edition is unique in its organisational and programme subtlety” - said Restović, inviting everybody to enjoy films under the stars this year as well.

Following the introductory words by Festival director Gordana Restović, the returning Artistic Director Zlatko Vidačković also welcomed the audience in the Arena, commending the diversity of this year’s film programme, numerous premieres, and the largest number of films in the Croatian Programme in the Arena.

“This year’s Pula Film Festival offers a chance to see 170 films, of which as many as 88 are premieres; and what I am especially pleased about, a total of 15 films from the Croatian Programme, the largest number of Croatian films in the programme to date” - said the Artistic Director, adding that he wished the Festival audiences will recognise and enjoy all of the films.

The honour of officially opening the 64th Pula Film Festival was presented to the Minister of Culture Nina Obuljen Koržinek. The Minister praised this year’s competition in the Croatian Programme, saying it shows the vitality and value of Croatian film productions and emphasising the significance of Pula Film Festival and film institutions.

“The biggest role is played by large festivals such as Pula Film Festival, but also our national film industry, and the Croatian Audiovisual Centre, which has become the most important platform for developing the seventh art in Croatia” - the Minister said, officially opening the 64th Pula Film Festival.

The opening of the Festival was also marked by the obligatory fireworks, which filled the clear skies over Pula, announcing the start of the new Pula Film Festival.

The film programme of the 64th Pula Film Festival was opened by The Avalanche, a film by Stanislav Tomić, followed by ZG80, directed by Igor Šeregi.