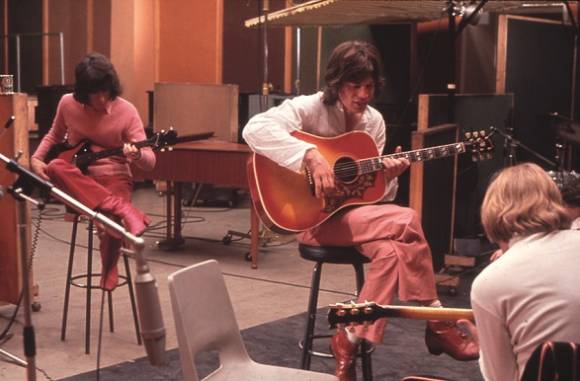 Being the first film festival of the year has its advantages: for example being the first able to celebrate an anniversary as important as the 50th of 1968. At the 29thTrieste Film Festival, from the 19th until the 28th of January, the homage begins with the poster, which reinvents a 1962 photo by Mario Magajna from the set of Senilità (Careless). ‘’The gamble – explains Max Mestroni of Claimax, who for years has handled the  image of the festival – was using a black and white photo and transforming the background of Piazza Unità into a lysergic ‘’wonderland’’, which retains the spirit of a year full of energy and colour’’.

The heart of the ’68 celebrations will be REBELS 68. EAST ‘N’ WEST REVOLUTION, a retrospective that, loyal to the spirit of the Trieste Film Festival, will examine this crucial year from the second half of the 1900s from two sides: the West, with authors such as Godard, Roeg and Bertolucci, and the East with names such asPintilie, Dezső, Nĕmec and Žilnik. This is without forgetting titles and personalities who, from Bellocchio to Makavejev to Garrel – have pioneered and have been wholly inspired by ’68, prolonging its spirit into years to come.

‘’The idea – explain the directors of the TsFF, Fabrizio Grosoli and Nicoletta Romeo – is to track down authors and cinematographers with unusual contact points, and the spirit of a period completely characterised by an exceptional creativity from East to West with its thematic and stylistic assonances’’.

‘’A brief, electrifying period of total revolution’’, add Mariuccia Ciotta and Roberto Silvestri, curators of the ‘’Western’’ part of the retrospective: ‘’In cinema, everything should be subverted: the language, the hierarchical production methods, the concept of professionalism, the awards, the reception and the historical method, should all be considered, completely and eternally. A film should not still be the marvellous chirping of a nightingale in a golden cage, but the end of every cage. It is the possibility for anyone  to take a camera in hand without asking permission and to film other possible worlds’’.

Born on the eve of the fall of the Berlin Wall (the “0” edition is dated back to 1987), the Trieste Film Festival – now directed by Fabio Grosoli and Nicoletta Romeo – is the first and most important Italian event dedicated to Central and Eastern European cinema, which has continued for 30 years to be a favoured observatory of cinematography and lesser known authors – for the Italian public, and more generally for ‘‘westerners’’. More than just a festival, it is a bridge that connects the different latitudes of European cinema, discovering early the names and trends that will impose themselves on an international scale in the future.