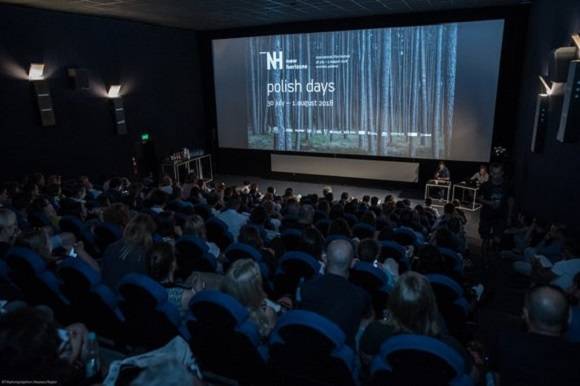 Polish Days co-organized by the Polish Film Institute  are the most important industry event of  New Horizons International Film Festival, where industry representatives including programmers, sales agents, producers, film funds and distributors from all over the world meet to watch the latest Polish films at closed screenings. This year's edition of Polish Days took place on July 30 - August 1.

Five completed Polish films and nine works-in-progress were shown at closed screenings during the event. Eleven projects in development were also pitched to the international audience. All presentations were followed by one-on-one sessions.

The event has been gaining international interest and strengthening its position in recent years. This year over 200 key Polish and international guests were present in Wrocław, including producers, film funds and festival programmers, as well as a number of international and domestic buyers.

Among the works shown in full at closed screenings were Monument by Jagoda Szelc, The Mute by Bartosz Konopka, A Coach's Daughter by Łukasz Grzegorzek, White Cube by Wojciech Pustoła, Hurrah, We Are Still Alive  by Agnieszka Polska.

The scholarship from EAVE was awarded to Agnieszka Dziedzic from Koi Studio.

Tweet
More in this category: « Sarajevo Film Festival generated $30,8m for local economy and has a positive effect on international perception of Bosnia and Herzegovina Batumi will host XIII edition of BIAFF (Batumi Art-house Film Festival) »
back to top