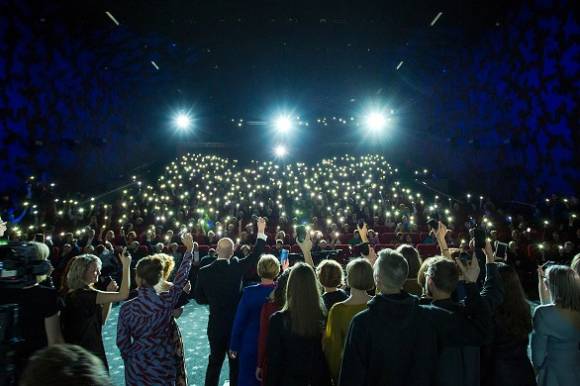 The 2019 edition of Vilnius IFF Kino Pavasaris began with a show of support for Kirill Serebrennikov, whose romantic and rebellious film “Summer” opened the festival. Attendees illuminated the opening ceremony in solidarity with the director, who remains under house arrest in Moscow amid unfounded accusations.

In his latest feature, Serebrennikov follows young musicians as they search for an escape in the Soviet underground rock scene of the 1980s. The film explores what it means to strive for artistic freedom while oppressed by restrictions.

The crowd at the opening ceremony showed support for Serebrennikov by raising up their phone lights. During the event, experimental music from the band Whale Sounds and a performance by the dance troupe Low Air reflected this year’s festival motto “Don’t rush. Imagine”.

Tweet
More in this category: « Riga International Film Festival Calls For Entries Bohemian Rhapsody Sound Team confirmed for the Industry Program of FEST 2019 »
back to top