8667 minutes – this is how much time you have to spend to see all the films that were included in the program of the 59th Krakow Film Festival. The festival will start on Sunday, May 26th. During eight days, viewers will see almost 250 films in 4 competition sections and 11 non-competitive cycles. The screenings will be accompanied by special events, concerts and workshops.

Foehn for the opening

On May 26 at the Kijów.Centrum cinema, the festival will open the documentary “Wind. A Documentary Thriller” by Michał Bielawski, a film about the foehn mountain wind  – one of the most unpredictable elements in the Polish mountains.

– At the opening of the festival, we always choose a spectacular film that will grab the audience and encourage them to stay in the cinema for the whole week. “Wind. A Documentary Thriller ” is particularly close to us, because we can feel the gusts of the foehn wind even here in Krakow. We have better associations with it, because it blows the smog away and its presence is not generally so sinister, but in Zakopane is always awaited with anxiety – invites Krzysztof Gierat, director of the Krakow Film Festival.

The Krakow Film Festival invites you to a special celebration of Mother’s Day in the cinema. Everyone who will come to the festival screening together with their mother on May 26th will be able to receive a second ticket, ie “a ticket for my mom”, free of charge. The screenings are a part of the “Take Your Mom To The Cinema” action will take place in the Pod Baranami Cinema, the Małopolska Garden Of Arts and AST Stage.

This year’s Dragon of Dragons award for contribution to the development of the world animated film will be received by Caroline Leaf, an American-Canadian precursor of new animation techniques. A retrospective of the laureate’s work and her master class are included in the Festival’s program. The official awarding of the Dragon of Dragons awards will take place on May 27th at the Academy of Theater Arts. 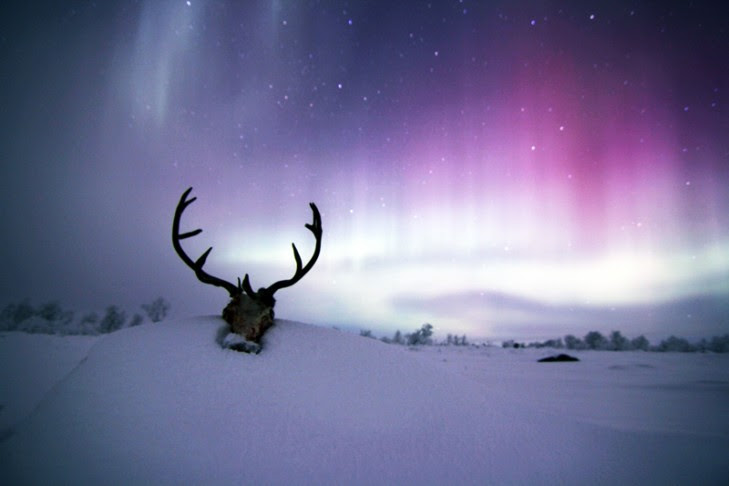 The special guest of this year’s edition is Finnish cinematography. The “Focus on Finland”section will present the latest documentaries and short films from Finland as well as a program for children and the youth, as well as a selection of student films. Representatives of the film industry from Finland and Poland will meet at a joint conference. The inauguration at the Małopolska Garden of Arts will take place on Math 28th accompanied by the screening of the movie “Gods of Molenbeek” (directed by Reetta Huhtanen).

Undoubtedly an unusual attraction at the Festival will be the the presence of Brett Morgen, an outstanding American documentary filmmaker, well-known by the  Polish and Krakow audiences from this highly praised ‘Cobain: Montage of Heck’ movie and a film portrayal of Jane Goodall, a famous researcher of chimpanzee life, that presented at the festival a year ago. A meeting with the director will take place on May 29th in Kijów.Centrum, joined with the screening of his film “Crossfire Hurricane”, a documentary devoted to The Rolling Stones.

On May 30th, the 70th birthday of Documentary and Feature Film Studios will be celebrated with a Voo Voo concert with guest appearance by Maciej Maleńczuk in Kijów.Centrum. Voo Voois one of the most original Polish bands that has combined rock with jazz and folk from different regions of the world in their work. They will be accompanied by Maciej Maleńczuk, one of the most charismatic, and at the same time controversial, artists of the turn of the XXth and XXIst Century.

The closing ceremony of the festival and the screening of the awarded films will take place on June 1st in Kijów.Centrum. During the ceremony will include a concert from an accomplished saxophonist, bass clarinetist and film music composer – Mikołaj Trzaska. On the 2nd of June in the Małopolska Garden Of Arts you will be able to see the awarded films.

This year, the Krakow Film Festival has prepared two outdoor cinemas. The screenings of the “Sounds of Music” section are a delight for viewers thirsty for good music, outstanding cinema and beautiful nature ambiance. From Monday to Friday (27-31 May) you will be able to see the documentaries shown in previous years in the DocFilmMusic section on the big screen, under the starry sky, with a view of the Wawel Castle. The partner of the “Sounds of Music” section is PGE Energia Ciepła, and the media partner is Radio Kraków.

Unique screenings of the classics of Polish documentary film will take place on Wednesday and Thursday (May 29-30) in the extraordinary, medieval interiors of the Barbakan. The screenings mark the 70th birthday of the Documentary and Feature Film Studio (WFDiF), a studio where the most important trends in Polish documentary cinema were born and flourished – from the first post-war realizations, through the legendary “black series” and the most famous productions of the 60s, 70s and 80s, up to the films of the breakthrough era.

On Tuesday, May 28th, at the Barbakan, viewers will see films made by Documentary and Feature Film Studio, which also celebrates the 70th anniversary. The program includes documentaries directed by Piotr Szulkin, Bogdan Dziworski or Wojciech Wiszniewski.

A special event of this year’s edition will be a retrospective of the work of Maciej Szumowski, a Krakow journalist and filmmaker, the legendary editor-in-chief of “Gazeta Krakowska” in 1980-81, who died 15 years ago.

For the sixth time in the Festival program will include the Docs + Science section – screenings of the most interesting scientific films and meetings with experts. Traditionally, the festival’s spectators will also be screening films awarded at prestigious festivals (“Festival winners”), Polish documentary films directed by young artists as well as renowned directors (“Panorama Of The Polish Documentary Film”), Kids & Youth shows – a cinema for young people, the most-recognized documentaries made last year coming from various corners of the world (“Wold Stories”) and films made in European countries (“Somewhere In Europe”).

There will be no shortage of the documentary film protagonists. Lea Tsemel from the movie “Advocate” blows an Israeli lawyer defending the Palestinians, responsible for the controversial experiment at the North Pole, will appear in person. Jan Terelak, the protagonist of the film “The Antarctic syndrome”, an Iranian artist, actress and director Mania Akbari and Jan Nowicki, who talks about Witold Sobociński in the “The Last Swing”.

Above all, the creators of films qualified for the festival will come to the 59th Krakow Film Festival, and most of the screenings will be accompanied by meetings with the directors of the productions in the program.