The 59th Krakow Film Festival began on Sunday evening with a full room at the ceremonial gala at the Kijów.Centrum cinema and the screening of the documentary “Wind. A Documentary thriller ” by Michał Bielawski. The official opening, headed by Krzysztof Gierat, director of the Festival, was attended by Robert Piaskowski, plenipotentiary of the Mayor of the City of Krakow for Culture, members of the jury and representatives of the film industry from around the world.

– Yesterday Cannes, today Krakow. Yesterday during the awards in Cannes the less known artists won with the masters of cinema. Will it also be the case at the Krakow Film Festival? – said Krzysztof Gierat, the festival director, inviting the audience to participate in the shows and events accompanying the festival. During the eight festival days, viewers will have the opportunity to see in almost nearly 250 films from all over the world showcased in the 4 competitions and 11 non-competition sections, most of which are shown in our country for the first time. The competition films will be judged by the international Jury, whose members were presented during the ceremony. Among them are Talal Derki, Brett Morgen, Jacek Petrycki, Marta Prus, Weronika Bilska, Tomasz Raczek and Xawery Żuławski. 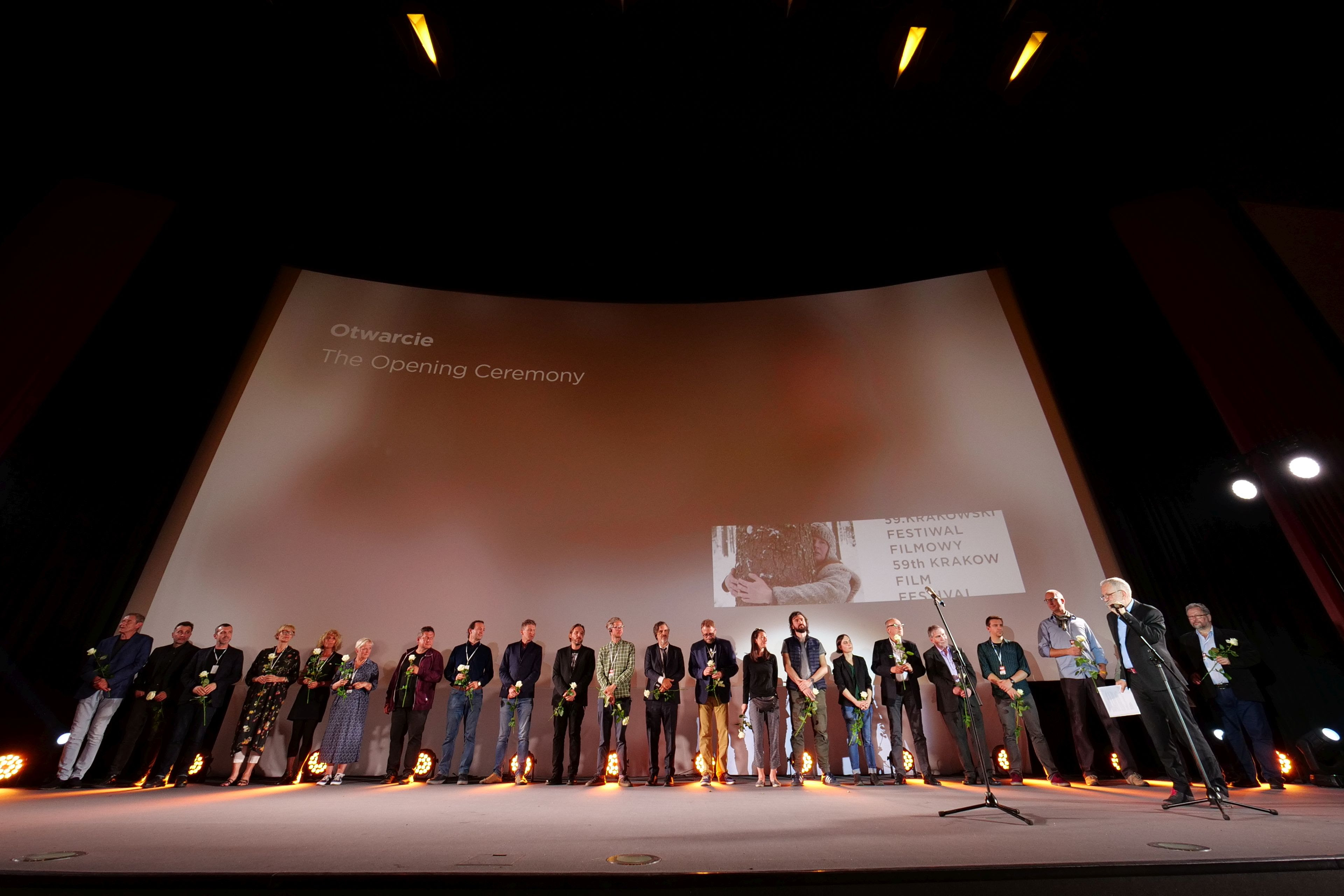 A great celebratory welcome was given to Caroline Leaf room, winner of this year’s Dragon of Dragon Award, who will receive her award for special contribution to the development of the world animated film which on May 27th.

– Krakow lives for the cinema and does not let you forget about it on the big screen. The capital of Małopolska is a place where not only the outstanding creators of cinema lived and created,but in which new films, documentaries and series are constantly being created. Film festivals, on the other hand, are a holiday for both the industry and the public – said Robert Piaskowski, plenipotentiary of the Mayor of Krakow for culture, opening the festival on behalf of President Jacek Majchrowski. The highly applauded screening of the “Wind. A Documentary Thriller “, which had its world premiere during the opening of the Festival, was preceded by the presentation of the film’s creators and protagonists. Michał Bielawski, producer of the movie, producer Maciej Kubicki, production manager Anna Wereda, cinematographer Bartłomiej Solik, responsible for editing Hubert Pusek and heroine Ewa Kondera-Wołek appeared on the stage. The Krakow audience will have the opportunity to watch the film again on May 29th at 11:00 and on May 30th at 4:00 pm in the Pod Baranami Cinema, where a meeting with filmmakers and heroes will also take place.

We are in for a week filled with screenings of competition films and accompanying sections. The meetings with the creators and unique special events await for the spectators every day.