FNE at CineLink Sarajevo FF: My Name is Damian Featured 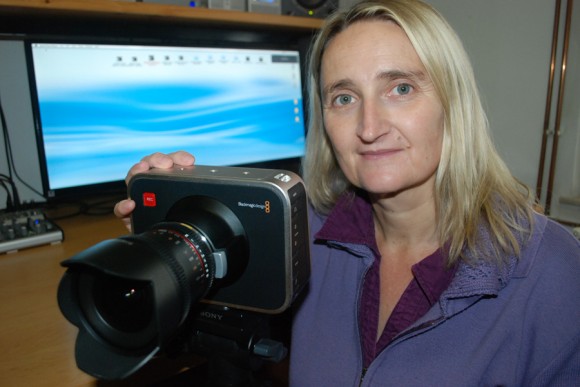 Maja Weiss, director of My Name is Damian

SARAJEVO: Slovenian Maja Weiss’s My Name is Damian, which is adapted from the novel by Suzana Tratnik, an acclaimed Slovenian writer and activist for LGBT rights, is one of 15 projects presented at the CineLink Co-production Market, set to take place 17-18 August 2016 during the 22nd Sarajevo Film Festival (12-20 August 2016).

The film, which is scheduled to shoot in 2018, tells a story of a 17-years-old rebellious transgender boy, who spends his last few months living with his family (father, mother and 8-years-old sister Sara), constantly fighting until the moment when his father’s intolerance and his teenage outbursts become insurmountable and the family splits apart.

The film is primarily intended for younger audiences (15+) and its budget is estimated for 1.5 m EUR. The development of the project has been supported by Creative Europe – MEDIA and the Slovenian Film Center.

The film will be distributed by Cinemania Group. No sales agent is attached so far.

Maja Weiss’s Guardian of the Frontier (2002, Bela Film) received the Manfred Salzgeber Award at the Berlinale and was nominated in the "European Discovery 2002 – Fassbinder Award" category of the European Film Awards.