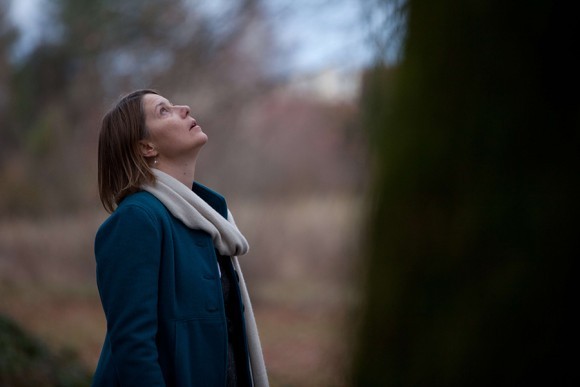 VIENNA: The 4th edition of the LET’S CEE Film Festival running from 1-11 October 2015 in Vienna awarded its top prize for Best Feature Film to Ivona Juka’s Croatian, Slovenian, Serbian and Montenegro coproduction You Carry Me. The award for Best Documentary went to The Queen of Silence (Poland) directed by Agnieszka Zwiefka.

For the first this year a new competitive section, Most Promising Debut screened first films with the top prize for best debut for a feature film going to Hungarian director Gábor Reisz for For Some Inexplicable Reason.

One of the industry highlights was the Focus on Austrian CEE Coproduction jointly organised by the FNE Association together with the Austrian Film Institute within the frames of the festival. The over-subscribed event was standing room only as more than 60 producers and representatives from film funds in Austria, Slovakia, Poland, Hungary, the Czech Republic and Slovenia converged on the conference hall of the Austrian Film Institute to hear presentations of the film funds in the region and discuss how to better integrate the film industries of Austria and its neighbours in the region. The Creative Europe Desk Austria-MEDIA was also a sponsor of the event.

Following the event participants will be part of an online network to encourage coproductions and exchange information while a follow-up meeting in Bratislava is also planned based on the interest shown during the event.

At the closing ceremony representatives of both the city of Vienna and the Austrian Filmmakers Association pledged their continuing support for LET’S CEE in 2016. Also at the closing ceremony a moving appeal was made by Austrian producer Ursula Wolschlager who was a member of the feature film jury to support refugees and the campaign For A 1000 Lives: Be Human

The Queen of Silence (Poland)
Directed by Agnieszka Zwiefka

For Some Inexplicable Reason (Hungary)
Directed by Gábor Reisz

Down The River (Azerbaijan)
Directed by Asif Rustamov