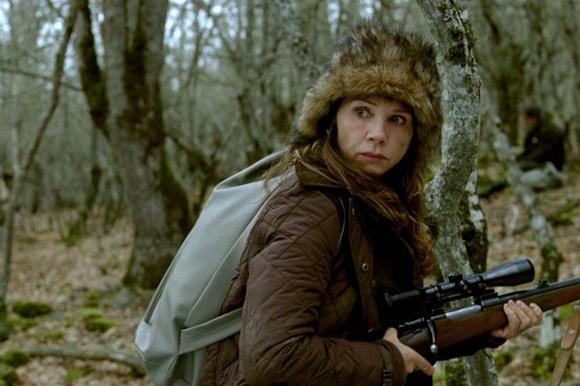 God Exists, Her Name is Petrunija is a simple, almost comical story, that shows the absurdities of the world we live in, focusing on a day in the life of Petrunija, a single, unemployed, educated 31-year-old woman, who decides to do the unthinkable and to intervene in the men’s world.

Every 19th January, during Epiphany, the high priest throws a cross into the local waters, while hundreds of men charge for it. The one who finds it is believed to be blessed for the whole next year, and becomes a kind of a local hero. Returning home from a failed job interview, Petrunija decides to jump into the ice-cold water wanting to be the blessed one for a change. She wins the cross, but now she has to fight the local men, the world and the whole system for her right to keep it.

Teona S. Mitevska and Elma Tataragić wrote the script. Labina Mitevska will be producing through Sisters and Brother Mitevski. Of the 1.1 m EUR budget, 0.5 m EUR is already secured with the support of the Macedonian Film Fund.

Filming is set to start in 2017. No sales agents, distributors or TV companies have been attached to the project so far.

Teona Strugar Mitevska is director of award winning films I Am from Titov Vels (2007) and Woman Who Brushed of Her Tears (2012), both of them produced by Sisters and Brother Mitevski.

Production Information:
Sisters and Brother Mitevski
F. Ruzvelt 4-38, 1000 Skopje, Macedonia
This email address is being protected from spambots. You need JavaScript enabled to view it.
www.sistersandbrothermitevski.com