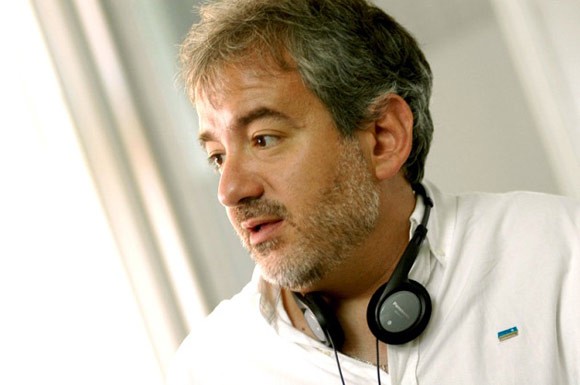 SOFIA: Best know as the director of The World Is Big And Salvation Lurks Around The Corner (shortlisted in the Academy awards for Best Foreign Language Film), since 1999 Stefan Komandarev represents Bulgaria as a European Film Promotion 2012 Producer on the Move.

Dedicated to the children of a Bulgarian and a Turkish family, who in order to reach their school are obliged to travel 140 km every day, Alphabet of Hope (2003) won the Golden Rython for Best Bulgarian Documentary and the Best Producer Award. The film was sold to Arte (www.arte.tv), TV 3-Catalunia (www.tv3.cat) and Duna TV-Hungary (www.dunatv.hu).

In 2009 Argo Film produced The Town of Badante Women, supported by the Bulgarian National Film Center (www.nfc.bg) and the Finish broadcaster YLE (www.yle.fi). The story of a small Bulgarian town which due to mass immigration to Italy remained almost with no women is sold internationally by Austria's Autlook Filmsales (www.autlookfilms.com) and was broadcast by Al Jazeera (www.aljazeera.com) and Ukraine TV (www.ukrama.tv.com).

It was followed by The Rouse Blood Wedding (2010) inspired by a violent interethnic conflict in 1910 in a beautiful Bulgarian Danube town. In 2012 Argo Film finished Home for Someone Else, stories about four different volunteers in various social areas of life that theSofia Municipality (www.sofia.bg) supported.

With a budget of €M1.7 Komandarev's third feature The Judgement will be Argo Films's most ambitious project.Supported by the NFC and Bulgarian National Television (www.bnt.bg) the film will be a coproduction with Germany's Neue Mediopilis Filmproduction (www.mediopolis-online.de) and Macedonia's Sektor Film (www.sektor.com.mk).

Komandarev is ready to collaborate with any company from any country, but only on films of value. Known for his loyalty towards people he worked with, he says, "It is normal that partners have priority."

e-mail: This email address is being protected from spambots. You need JavaScript enabled to view it.