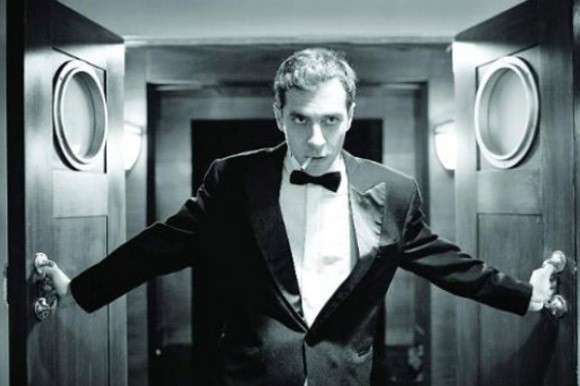 The Color of the Chameleon

The festival will screen the premiere of Milko Lazarov’s Alienation produced by Bulgarian National Television’s Ekran studios. The script by Lazarov, Kitodar Todorov and Georgi Tenev follows the life of a fifty-year-old man arrives from Greece to buy an unborn child from a surrogate mother. Lazarov, who started work on the film in 2008, said, “Alienation is the reflection of the changes which happened to people, society and the state in the beginning of the 90s. Actually, the film functions as the meditation of a lost generation, which is also why the topic of the selling a new-born to a foreigner is intertwined in the script.”

Two Bulgarian debuts are included in the International competition for first and second movie in Sofia: The Color of the Chameleon and July. One of the films will also have the chance to compete in the festival’s Balkan film competition.

The Color of the Chameleon (www.peripeteiafilms.com), an award-winning film directed by Emil Hristov, is one of the very few Bulgarian films ever selected for New Directors/New Films at the Museum of Modern Art in New York. Hristov describes his film as a mix of genres: grotesque and drama, comedy and psych thriller. The film is set in a Bulgarian-like country at the time of the 1989-1990 revolutions when a former intelligence agent sets up his own network of informers.

Kiril Stanov’s directorial debut film July produced by Gala Film is partly based on true stories, tells the tale of three lonely women trying to escape the boredom of daily life with a trip to a remote Black Sea village that takes a dangerous turn.

Incognita produced by Camera is the result of eleven-years of work by director and co-writer Michael Pandurski features a score conducted by Valery Gergiev in a story about a famous conductor preparing for the premiere of a work based on the myth of Prometheus.

One More Dream produced by Premier Studio and directed by Nikolay Mutafchiev is a criminal comedy about the crazy friendship between four women attending a course in psychotherapy who decide to stage a robbery.

Jigsaw Puzzle produced ILS Films (This email address is being protected from spambots. You need JavaScript enabled to view it.) and directed by Ivo Stajkov is a romantic and comic film that connects the fates of a mix of people like a puzzle.

Pistol, Briefcase and Three Stinking Barrels produced by Media Productions and directed by Georgi Kostov is a gangster comedy about a university student in need of money to continue his education.