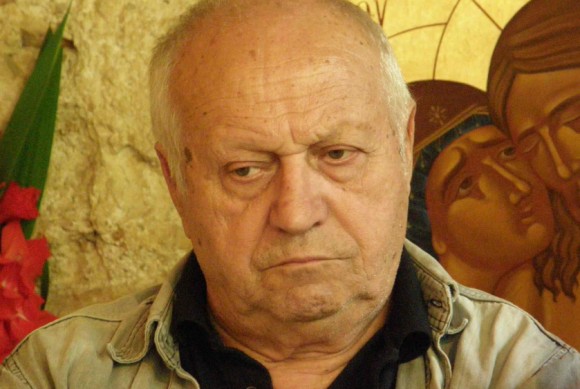 SOFIA: One of Bulgaria's most respected film directors Rangel Valtchanov is the new holder of the national Film Academy Lifetime Achievement award for 2012.

Established in 2010 on the initiative of the Union of the Bulgarian Film Makers the Academy provides the film community with the opportunity to choose its prize winners itself.

Because of his phantasmagorical style director/actor/scriptwriter Rangel Valtchanov, born in 1928, is often called the “Bulgarian Fellini.” His impressive debut On a Small Island (1958) about the escape of 42 prisoners in 1920 is considered one of the masterpieces of Bulgarian cinema. Sun and Shadow (1962) in which a young Bulgarian meets a girl from Western Europe, afraid of nuclear war, is among the first Bulgarian films awarded at festivals in San Francisco, Karlovy Vary, Moscow, Melbourne and Cannes.

The detective story Inspector and the Night (1963) and the critical drama The She-Wolf (1965) reinforced the notion of Valtchanov as director trying to evade communist propaganda via originality. His most unconventional film The Unknown Soldier’s Patent Leather Shoes (1979), which he wrote and directed after a three years stay in ex-Czechoslovakia, remains his most adored film around the world. His credits include Where Are You Going? (1986) Now what? (1988) Last Wishes (1983) and Love the Restless Bird (1990).

Despite serious health problems and loss of voice in recent years Valtchanov wrote three books: Everyone Will Die, and Now Cheers (2010), Hurrah! Finally I’m Speechless!" (2012) and I am Alone, Yet There is No One (2013).

He will receive his award at an official ceremony on 31 May 31 2013 which will be broadcast by Bulgarian National Television.