ScripTeast 2013 at Cannes: The Year of the Kuker Featured 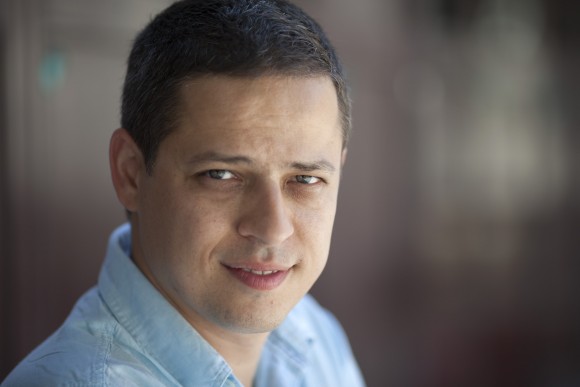 Scriptwriters Nadejda Koseva of Bulgaria and Bojan Vuletić of Serbia compete for the Krzysztof Kieslowski ScripTeast Award during the 2013 Cannes IFF with The Year of the Kuker, the story of two women connected by one baby and one accident.

Irena (24) is a woman from a small mining town in Eastern Bulgaria. Together with her husband Sasho (33), her mother, sister, the sister's husband and their baby, she lives in a small room in the town's suburbs. Sasho is a miner and Irena works in the mine's canteen.

The owner of the mine, Christian (35), and his wife Eva (34), offer Irena a large sum of money and a spacious flat in a newly built residential block if she agrees to carry their baby. It should all be kept secret as surrogacy is illegal in Bulgaria. Without a word to anyone, Irena and Sasho accept the offer, hoping that it will help them get rid of the poverty and misery they live in.

Irena gets pregnant. She receives half of the cash and the keys to the flat.

Three month later she and Sasho begin to furnish their new home. But the more Irena's belly grows, the more distant her husband becomes. Their relationship is shattered. As a result of Christian's negligence, an accident occurs in the mine and Sasho dies.

Having lost Sasho, Irena loses her reason to live. She is carrying the baby of those guilty of his death. Seeking revenge, Irena wants to rid herself of the unbearable pain and burden; she wants to get rid of the baby.

Irena's pregnancy, however, gives Eva the only thing that could make her life meaningful. She wants to be a mother. And she is the only one who can prevent Irena from having an abortion. Eva would do anything to save her baby - the baby Irena carries.

Two desperate women connected by one baby and one accident; two women separated by hatred, guilt and anger. Two women facing each other and ready to fight till the end.

Commentary about the script and programme:

THE YEAR OF THE KUKER is a film about forgiveness. It is a story which raises moral and ethical questions, but also one which takes us beyond them, there, where their answers become irrelevant. Where forgiveness is the only way to overcome despair, pain and anger. Andtheonlywaytosurvive.

We are very grateful for being part of ScriptEast program with our project. What we find essential in the program is the tasteful cocktail of professional and personal feedback on our script.

The mentors were our first international audience and they gave us their guidelines and advices respecting the individual style of each writer. We do believe that thanks to the hard work of all the mentors we succeeded to build a better structure of our story, to develop our characters, and to make the script more emotional.

The workshops were held in an intimate and fruitful atmosphere and we, the participants were not just mutual competitors, but a team.

It's amazing how a script can prosper so much in such a short time!

BA in film and TV directing at The Faculty of Drama Arts in Belgrade. For several years he worked at B92 TV, where he directed most prominent documentary films and series. He was an assistant director in production of several feature films and TV series as The TRAP by Srdan Golubović, The Cordon by Goran Marković. As a co-writer, he has collaborated with Stefan Arsenijević on the feature omnibus Lost and Found (story Fabulous Vera) and Love and Other Crimes, for which he was two times granted a best script award at the national festivals. His first feature film Practical Guide to Belgrade with Singing and Crying had World premiere at Karlovy Vary Film Festival in East-West competition. He is Member of Serbian Union of Film Artists.

2006 My Heart and I (director and writer - short fiction)