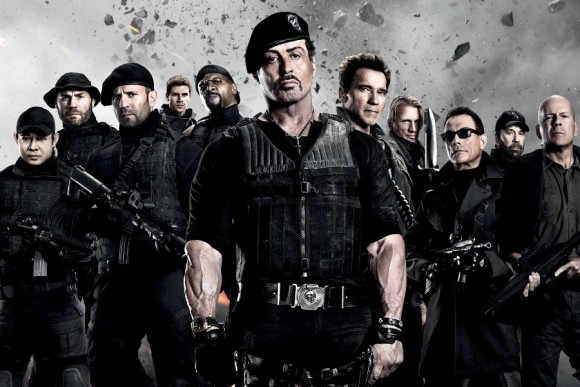 Hollywood producer and owner of Nu Image Avi Lerner was quoted on the website varna.dir.bg saying “more than 1,200 people from the city have been hired for the film.” The production is also using storage facilities and warehouses of the Varna shipyard, which has been temporarily turned into a Somali port, backdrop to high drama scenes involving the release of a kidnapped hostage by pirates. Races at sea with speed boats off the coast are also planned for the navigable channel under the Asparuhov Bridge.

According to Bojidar Chaparov, director of the Varna shipyard, “the shooting was initially planned for three days, but because of hard work there currently loading grain for export, the deal was dropped to 6 hours.”

Sylvester Stallone, Wesley Snipes, Jason Statham and Dolph Lundgren started the first big action scenes surrounded by a Bulgarian crew of not less than 140 and nearly 40 extras, engaged from the Sofia black student community. They serve as security guards of a Somali gangster played by Wesley Snipes. The Varna shooting, expected to last over a week, will likely be followed by other locations in the country and around Sofia, but Nu Boyana studios is officially keeping mum. Nu Image has invested millions into upgrades at the formerly state-owned studio.

But Stallone, shortly after his arrival to Bulgaria, announced that shooting will last ten weeks. Most likely, as for the previous installment, The Expendables 2, it will take place in entirely Bulgaria.
By the end of the month Harrison Ford, Mel Gibson, Jet Li, Randy Couture, Antonio Banderas, Ronda Rousey, Terry Crews, Arnold Schwarzenegger, Victor Ortiz,  Twilight actor Kellan Lutz and others are expected to arrive in Bulgaria.