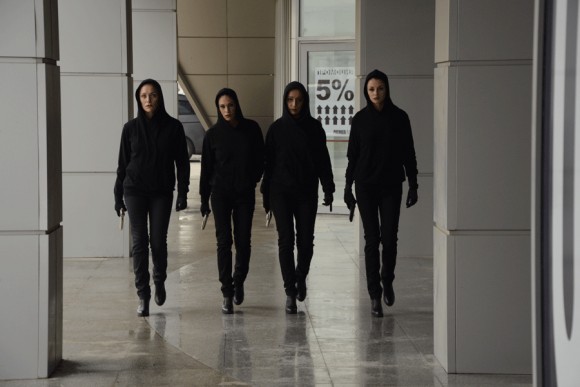 One More Dream by Nikolay Mutafchiev

VARNA: Nikolay Mutafchiev’s independent debut feature tells the story of four beautiful women who meet at a psychotherapy session and decide to rob a bank. One More Dream screens in the main competition of the VarnaGolden Rose Film Festival (11-17 October 2014).

Hristina Apostolova and Nikolay Mutafchiev co-wrote the script and Mutafchiev is producing through Premier Studio, a company that he founded after several years spent working on TV shows such as Survivor and The Comedians. Mutafchiev’s directorial debut was a short fiction film The Pair on the Bridge (2006).

Initially, One More Dream was selected for the previous edition of the Golden Rose FF in 2012 but it dropped out due to technical problems. The 2013 edition of the Festival did not take place because of an insufficient number of films.

For more information go to: http://www.zlatnaroza.bg/en/portfolio/one-more-dream/

+359 877 600 028
This email address is being protected from spambots. You need JavaScript enabled to view it.
www.premierstudio.eu