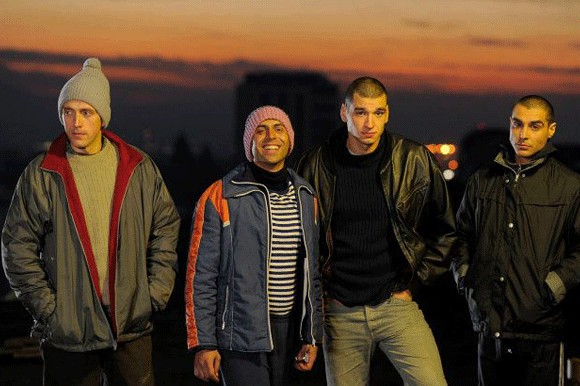 VARNA: Konstantin Burov’s debut feature is a Bulgarian-Romanian coproduction that also launches the careers of most of the actors in the film. Rat Poison will screen in the main competition of the Varna Golden Rose Film Festival (11-17 October 2014). It is set to be released domestically by Pro Films right after the festival.

Scriptwriter Ventzislav Vasilev penned the story about four young thieves who meet in a reformatory school for juvenile criminals in 1983. They learn the “art of stealing” very quickly and after the fall of communism in 1989 manage to gather a considerable fortune and to open their own bank, which they will rob eventually.

Bulgaria’s Bulfilm and Romania’s Stop Film are coproducing. Unfortunately, the producer Andrei Altaparmakov passed away during the production. His wife Nina Altaparmakova, an editor who is famous in Bulgaria, completed the film.

Rat Poison was already presented at the Varna Love is Folly IFF in 2013 and at the Sofia IFF in 2014. The Bulgarian Film Academyawarded it for best script and best supporting actor (Dimiter Terziev) in 2014.

For more information go to: http://www.zlatnaroza.bg/en/portfolio/rat-poison/

Bulfilm
31 Gotze Delchev boulevard.
1612 Sofia
Bulgaria
Phone : +359 888 83 94 88
This email address is being protected from spambots. You need JavaScript enabled to view it.