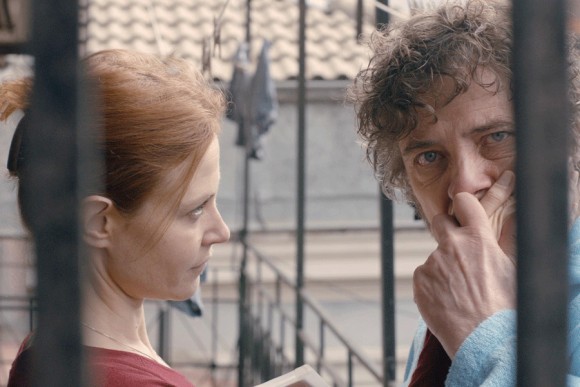 VARNA:The 15th feature film directed by the Silver Bear-winner Georgi Djulgerov is inspired by his own life. Buffer Zone screens in the main competition of the Varna Golden Rose Film Festival (11-17 October 2014).

The plot focuses on a man who remains half-blind after losing his wife in a car crash. “The story is inspired by my own life,” Djulgerov told FNE. "When I was writing the script I had no idea I would lose one eye".

The main character Todor Cherkezov is played by Djulgerov’s favorite actor Rusi Chanev. Cherkezov starts the film as a living man and goes out as a dead one. “He is a 'me' character and I made him fall into several dreams which at first glance have no connection," says the director, adding: "The audience will gradually realize that this character is moving in a kind of purgatory,”.

It was produced by Front Film using a production grant of 472,430 EUR from the Bulgarian National Film Center.

For more information go to: LINK