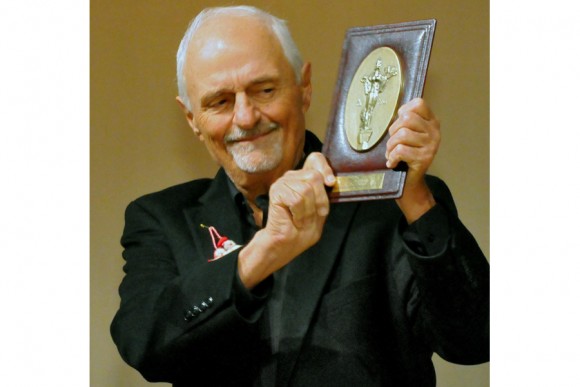 SOFIA: Acclaimed Canadian-Bulgarian director Ted Kotcheff, who was awarded the honorary Golden Age – Star by Bulgaria’s Ministry of Culture on 11 March 2016, plans to shoot a film dedicated to Boris III and his role in saving Bulgarian Jews during WW2.

Ted Kotcheff is a special guest of the 20th Sofia International Film Festival. At the opening ceremony of the festival on 10 March 2016 he also received the Life Achievement Award from Sofia Municipality. His most emblematic films will be screened in Sofia, Plovdiv and Varna.

“I grew up in a Bulgarian family in Canada. During the first five years of my life I was speaking the language of my parents. In my heart and soul I am Bulgarian. I have received a lot of awards in my life, but those that come from my people are the best”, Kotcheff told the Bulgarian media.

Bulgarian authorities informed Kotcheff that his Bulgarian citizenship will be granted very soon as a result of his application. In response, Kotcheff expressed his willingness to start teaching at the National Academy for Theatre and Film Arts in Sofia.