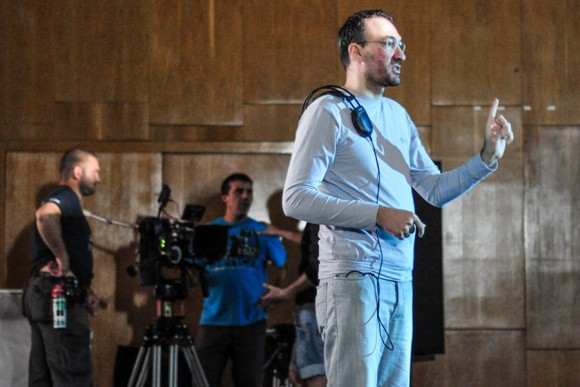 SOFIA: Director/producer Stanislav Donchev is developing his third feature film Letters from Antarctica, a drama following the painful efforts of a single mother to hide from her little boy how his father died.

Instead of telling her son it was a car accident, she invents a story of his father's participation in an Arctic expedition. Teodora Markova, Nevena Kertova and Georgi Ivanov wrote the script.

“The goal is to cast some light on the effect a mother’s decision can have on her child’s psyche and her own life. Therefore, we spoke to a number of psychologists who told us real stories in which parents lied to their children. We are also extremely grateful to Bulgaria’s famous polar explorer prof. Christo Pimpirev, with whom we consulted for the scenes related to Antarctica“, Stanislav Donchev told FNE.

The project produced by DynamicArts received development support of 10,000 EUR from the Bulgarian National Film Center and intends to apply for production support during 2016. The estimated budget is 650,000 EUR.

The project was selected to participate in the 10th ScripTeast workshop 2015/2016. The writing team is represented by the key scriptwriter Teodora Markova, who is working with the support of the creative advisers Christian Routh and Tom Abrams. The final draft will be presented during the ScripTeast session in Cannes 2016 and will compete for the Krzysztof Kieslowski ScripTeast Award for the Best Eastern and Central European Script.

Production Information:
DynamicArts
This email address is being protected from spambots. You need JavaScript enabled to view it.
Phone: +359 8 97971616