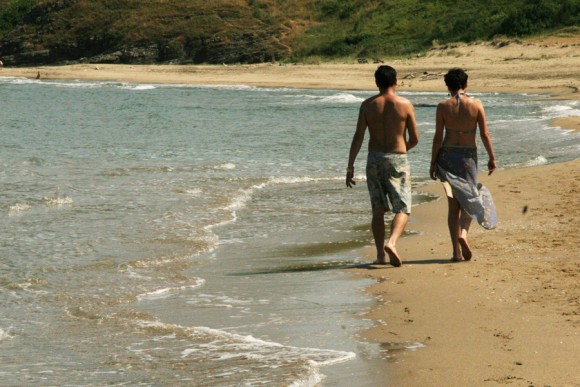 SOFIA: Bulgarian director/producer Ivaylo Penchev is in postproduction with Holiday Makers, a seaside comedy intended for a wide audience.

The story written by Ivaylo Penchev, Bojan Petrov and Vesel Tzankov follows the amusing experiences of several vacationers who spend their holidays in a family hotel on the Black Sea. Together they live through comic situations up to the moment a former rowing champion dies of a heart attack. Finding themselves at a deserted island and left to the mercy of fate they experience fear, hunger, thirst, love and infidelity.

“The film focuses on entertainment, but in an intelligent way. The main characters reveal a humorous but somehow true picture of today’s Bulgaria. It is a genre film with laughter and gentleness,” Ivaylo Penchev told FNE.

Urban Media is producing with support of nearly 600,000 EUR from the Bulgarian National Film Center.

The shooting took place in May and June 2015, mostly in the Sinemoretz Black Sea village and in Sofia. “Although it was summer, the nights were extremely cold. In addition, while shooting in front of hotels and in order not to disturb the real tourists the crew was obliged to whisper,” Penchev said.

Penchev graduated in cinematography from the Russian State University of Cinematography - VGIK in 1982. His debut Tough Old Men was produced by Bulgarian National Television in 2011.

The theatrical distribution of Holiday Makers will start on 7 October 2016.