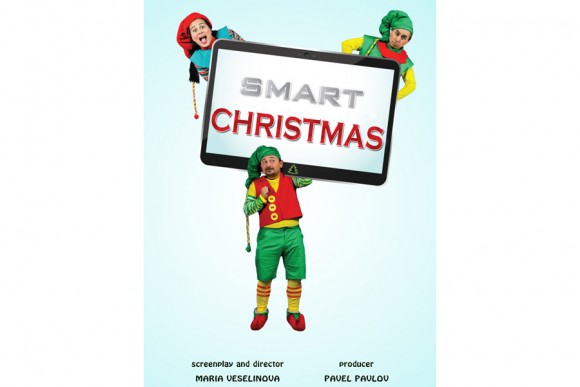 Maria Veselinova wrote the script inspired by the Santa Claus myth. The story follows the exciting adventures of 9-year-old Marty, accidentally finding himself in Santa’s manufactory. Surprised by the old-fashioned preparation of the gifts, Marty persuades Santa’s Elves to embrace modern hi-tech facilities.

Pavel Pavlov is producing through Vetrogon-BG in coproduction with Audiovisual Orpheus. The National Film Center supported the project with 300,000 EUR.

“Christmas is a feast of magic and dreams and I have always wanted to make a film on that. But my Smart Christmas will not depend on smart technologies“, Veselinova told FNE. Nearly 75% of the film will be shot on two sets belonging to Audiovisual Orpheus. Over 150 technicians have been working for four months on the design and the construction of the numerous fictional 18th century settings, including over 5,000 pieces of props.

“In order to show the modernisation of Santa’s workshop provoked by Marty, we will also use green screen and numerous CGI effects. A total of 122 different glass and colour shapes, 40 unique costumes and three hit songs will help us creating a beautiful fantasy world for children”, producer Pavel Pavlov told FNE. Shooting will last at least five weeks.

Vetrogon-BG
200, TsarSimeon Str.
1303 Sofia
Bulgaria
Phone: +359 898329190
This email address is being protected from spambots. You need JavaScript enabled to view it.
www.vetrogon.com