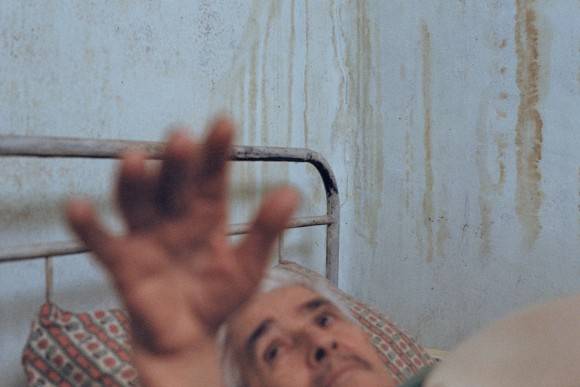 The year 2016 was relatively stable until 14 November, when suddenly, after the defeat of his party’s nominee in the presidential elections, Prime Minister Boyko Borissov resigned. The event was followed by long administrative procedures that failed to lead to a stable government. Eventually, it became clear that the newly elected president, General Rumen Radev, should appoint a caretaker government in 2017.

On the other hand, 2016 was successful for some young Bulgarian film directors, whose presence at different international film festivals became more visible. Raliza Petrova’s debut feature Godless, a coproduction between Bulgaria’s Klas Film and Denmark’s Snow Globe, won the Golden Leopard at the 69th Locarno IFF and also the Golden Rose Award at the 34th National Golden Rose Film Festival.

Throughout the year the Bulgarian National Film Center led a restrictive policy. The 23rd edition of the Golden Rhyton documentary and animated films National FF was cancelled, but not the whole festival.

Although numerous attempts have been made and various working groups have taken on the task of proposing a working scheme for future implementation of a tax incentive scheme, the process once again was not completed in 2016. Taking into account the country’s latest political crisis, it seems unlikely that a decision will be made in the near future.

Writer/director Kiran Kolarov completed the shooting of his twelfth feature film Melodrama (Kolar) in Sofia and its surroundings.

By the end of 2016 the Bulgarian National Center stated that the country’s main non-feature-film national festival Golden Rhyton was going to be cancelled due to an “undesired, but inevitable decision, namely lack of financing”.

A few new domestic documentaries were broadcast by the Bulgarian National Television (BNT), including Stephan Komandarev’s From the Grateful Descendants (Argo Film), which particularly moved the audience.

After his successful long documentary Salto Mortale (Projector), Borislav Kolev continued dealing with heavy topics in his The Eye of the Minotaur (Projector), while Stanislav Donchev commemorated in Dream of Happiness (Korund Х) the 100th anniversary of the death of Bulgaria’s finest love poet Dimcho Debelyanov. The film premiered at the Sofia-based House of Cinema.

According to the NFC, a total of 154 films were released in 2016: 99 from the US, 31 European films, 17 domestic films and seven from other countries. The number of the holdovers and the re-releases was 103.

In 2016 Forum Film Bulgaria and Alexandra Group remained the country’s leading distributors with 40 and 39 films released, respectively. Their market shares were nearly equal, 41.3 % for Forum Film and 39,96 % for Alexandra.

On the other hand, the number of Bulgarian films released by established distribution companies decreased. In 2016 A+Films distributed five domestic films, followed by Art Fest with two domestic films.

Repeating their experience from 2015, several small production companies preferred to release their films by themselves. That was the case with directors/producers Petar Valchanov and Kristina Grozeva who after their debut feature The Lesson, distributed their second award-winning film Glory through their own production company Abraxas Film.

Writer/director/producer Ivaylo Penchev also released his comedy Holiday Makers through his company Urban Media, while Mina Mileva and Vesela Kazakova released their long documentary The Beast Is Still Alive through their company Activist 38.

In 2016, the number of officially registered screens was 225. Practically all screens in the country are digitalised.

Seventeen Bulgarian films were released, nearly the same number as in 2015, when there were sixteen.

In 2016, the National Palace of Culture, which registered in 2015 at the NFC as a film production company, fulfilled its promise and supported some Bulgarian films, mostly documentaries. The Palace offered for free both Hall 1 and the Lumière hall for the premieres of some films.

In accordance with the Film Industry Act adopted in 2003, Bulgaria’s main institution’s annual support is calculated based on the total average budget of seven feature films, 14 long documentaries and 160 minutes of animated films.

In 2016 the NFC’s total support for the film industry, including production, distribution and exhibition, was 6,749,053 EUR.

Under the existing Bulgarian two-tier system, a project can receive the approval of the NFC expert selection committee, but the NFC funding becomes usable only when the producer of the film has 100% of the budget in place.

The Film Industry Act also requires that up to 20% from the NFC’s annual budget must be allotted for Bulgarian minority coproductions. In 2016 three feature and two documentary coproductions were approved for financial support in the amount of 402,898 EUR.

Another 235,148 EUR was allotted for domestic distribution of Bulgarian and European films in 2016, and 191,019 EUR was approved for the support of local film festivals and international promotion of Bulgarian cinema.

Although numerous attempts have been made and various working groups have taken on the task of proposing a working scheme for future implementation of a tax incentive scheme, the process once again was not completed in 2016. Taking into account the country’s latest political crisis, it seems unlikely that a decision will be made in the near future.

Bulgarian National Television (BNT) is still the only TV channel obliged by the law to support independent producers with 10% of its total budget. In 2016 the annual amount was the same as in 2015, around 2.9 m EUR.

After five successful seasons, in 2016 the public broadcaster decided to put an end to its most successful series Under Cover directed by Victor Bojinov, Martin Makariev, Zoran Petrovski, Dimitar Gochev and Dimitar Mitovski.

In order to fulfil its obligations to the Bulgarian film industry, the BNT decided to participate as national coproducer of four feature films already supported by the NFC. BNT also acquired broadcasting rights of three low budget films.