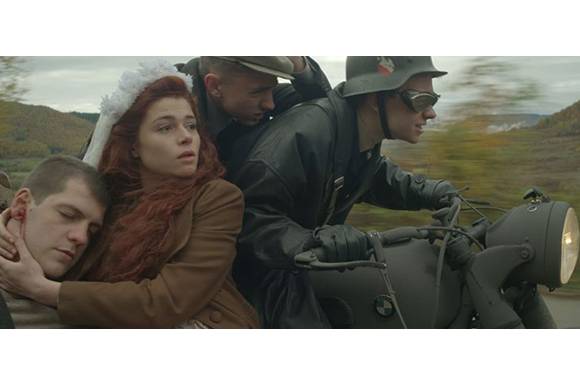 The Motorbike by Valentin Goshev

The story written by Goshev recreates historical events that happened in the small Bulgarian village Barakovo, famous for a huge paper factory built by two wealthy brothers Todor and Ivan Balabanov. During WWII young Slavcho and Evelina were students in the local school along with a German boy, Willy. A motorbike becomes the cause of their long-lasting friendship.

“The film is not about the war, which only forms the background for the relationships between the young people and the preservation of their friendship through the years, regardless of the ups and downs of historical events”, Goshev told FNE. “The famous Bulgarian writer Vesselin Branev, who before immigrating to Canada was my professor in the film academy, became my script doctor. He was the same age as the main characters and he knew the period very well. We passed long hours on Skype”, Goshev added.

Shooting took place in October and November 2016 in villages in Northern Bulgaria. The motorbike used in the film is a real BMW R 75, the most popular model during WWII in Germany. Ivan Tonev is the DoP.

Tonev also produced with the support of the Bulgarian National Film Center through his company ARS in coproduction with his ARS Digital Studio.

ARS Ltd.
This email address is being protected from spambots. You need JavaScript enabled to view it.

ARS Digital Studio
This email address is being protected from spambots. You need JavaScript enabled to view it.
www.arsdigital.org