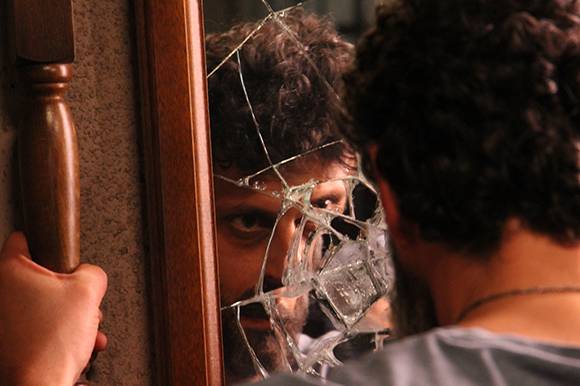 SOFIA: The year 2017 started with the appointment of a caretaker government by the Bulgarian president, General Rumen Radev, designated to act in a limited time. Centre-right GERB party won the parliamentary elections and in May 2017 Boyko Borisov became Prime Minister for the third time since 2009.

and Other Audiovisual Works (2013/C 332/01), Bulgaria’s Council of Ministers adopted a draft of an amended Film Industry Act. As the changes were not officially adopted before the start of 2018, state subsidies for film will be allotted only after the completion of all legal procedures.

In September 2017 Konstantin Kamenarov took over the position of Director General of the Bulgarian National Television from Vyara Ankova, who headed the public broadcaster since 2010.

The year 2017 was also marked by the most spectacular return of the audience's interest in national cinema since 2010. One after another, several new Bulgarian feature films became box office hits throughout the year. The highest grossing title turned out to be Victor Bojinov’s historical drama Heights (coproduced by Bulgaria’s Bulfilm and Macedonia’s Dream Factory). Admissions to domestic films almost tripled in Bulgaria from 176,395 in 2016 to 512,521 in 2017, while domestic films cashed in over 2 m EUR in 2017 compared to 612,000 EUR in 2016.

Total admissions increased by 2.49 percent and total box office by 5.7 percent compared to 2016.

A total of 39 short films were made in 2017, of which six were supported by the Bulgarian National Film Center.

Some domestic feature films were shot in the country, but also abroad.

In the spring of 2017 Milko Lazarov completed the shooting of his sophomore film Nanook in the Sakha (Yakutia) Republic within the Russian Federation. The aesthetically ambitious film is coproduced by Bulgaria’s Red Carpet, Germany’s 42Film and France’s Arizona Films. The Bulgarian National Television and ZDF/Arte are also involved in the production.

Victor Chouchkov began shooting his international project 18% Gray, based on Zachary Karabashliev’s bestseller. Shooting will continue in the UK, Belgium and Germany in 2018. The film is a coproduction between Bulgaria’s Chouchkov Brothers, Germany’s Ostlicht Filmproduktion and Serbia’s Cinnamon Films. The Bulgarian National Television is the national coproducer.

Kostadin Bonev, whose The Sinking of Sozopol (Borough Film) was awarded at numerous international film festivals, wrapped the shooting of his fourth feature film The Wolves Come Out, produced through his company Trivium Films. The cultural club of the town of Yambol became the main location for a story taking place in a small provincial theatre.

Known for her internationally acclaimed 2006 Monkeys in Winter (Proventus Film House Bulgaria and Tatfilm Germany), Milena Andonova partially shot her sophomore film The Shepherd in 2017. The period drama is about St. Ivan Rilski, the patron saint of the Bulgarian people. Proventus Film House is producing in cooperation with the BNT.

Nadejda Koseva, who became famous for her critically acclaimed short film Omlette, completed the two-step shooting of her debut feature The Deal. Focusing on surrogate motherhood, the low budget film is produced by Art Fest.

Martin Makariev’s Attraction, coproduced by Indifilm, Spirit Production and Nova Broadcasting Group, and Niki Iliev’s Knock out or All She Wrote, coproduced by Euro Dialog Productions and Nu Boyana, were the main privately financed films shot in 2017. The first one relies on the attractiveness and choreographic abilities of the actress Yana Marinova, the second on the American actor Gary Dourdan’s participation in a story partially shot in New York.

Youlia Kantcheva’s In the Mirror, Maria Averina’s From Cremona to Cremona, Tzvetan Dragnev’s Village People, Kostadin Bonev’s Uprooting, Adela Peeva’s Long Live Bulgaria, were among the most acclaimed documentaries in 2017. Animation also showed good health with films like Travelling Country by Vessela Dantcheva and Ivan Bogdanov, Restart by Gospodin Nedelchev, 20 Kicks by Dilyan Elenkov, No Way by Ivan Stoyanovich, and others.

Forum Film Bulgaria and Alexandra Group remained the country’s leading distributors, like in the previous years. In 2017 they had seven and two American titles in the top ten, respectively.

Thanks to an exceptional advertising campaign lasting for more than a year, the distributor A+Films made a huge breakthrough with Victor Bojinov’s historical drama Heights (coproduced by Bulgaria’s Bulfilm and Macedonia’s Dream Factory). In only two months the title broke into the domestic top ten.

By the very end of 2017 the Bulgarian National Center gave a green light to the 23rd edition of the country’s main non-feature film national festival Golden Rhyton, cancelled in 2016. Over 90 documentaries and animated films displayed the crop of two years, of which 63 participated in the documentary and animated films’ competitions. The jury decided to encourage a bigger number of filmmakers by doubling the honors. As a result, more films were awarded, part of them ex-aequo. Among them were Tonislav Hristov’s The Good Postman (coproduced by Finland’s Making Movies OY, Germany’s Еlemag Pictures and Bulgaria’s Soul Food), awarded best documentary, Anri Koulev’s All So Much Hogwash, awarded best animated film, and Catherine Bernstein’s and Assen Vladimirov’s The Bookseller (coproduced by Bulgaria’s Pro Film and France’s Les Films de l’Aqueduc) and Nikolay Todorov’s 72 minutes animated political satire Made in Brachycera (produced by ET Club No Nikolay Todorov), both winning the ex-aequo Special Jury Award.

In 2017, the number of officially registered screens was 216. Practically all screens in the country are digitalised.

With 28 Bulgarian films (including re-releases and holdovers) the number of films released significantly increased in comparison with the two previous years, when it was 16 and 17 respectively.

In 2017, the National Palace of Culture, which registered in 2015 at the NFC as a film production company, continued to support selected Bulgarian films by offering for free Hall 1 to Galin Stoev’s debut feature The Infinite Garden. The film opened the 31st edition of the Cinemania Film Panorama.

In accordance with the Film Industry Act adopted in 2003, Bulgaria’s main institution’s annual support is calculated based on the total average budget of seven feature films, 14 long documentaries and 160 minutes of animated films.

Similarly to the two previous years, in 2017 the NFC’s annual state support for film was 7,370,272 EUR, while the amount for production, distribution and exhibition was nearly 7 m EUR.

As no legal changes were made, the two-tier system was kept in 2017: a project can receive the approval of the NFC expert selection committee, but the NFC funding becomes usable only when the producer of the film has 100% of the budget in place.

Based on this rule, in 2017 the NFC approved financial support for 11 feature films, six with budgets over 300,000 EUR, three with budgets below 300,000 EUR, two debut features and seven short films. Eleven projects received development support.

The Film Industry Act also requires that up to 20% from the NFC’s annual budget is allotted to Bulgarian minority coproductions. In 2017 seven coproductions were approved for financial support: four feature films, two documentaries and one animated film.

Bulgarian National Television is still the only TV channel obliged by the law to support independent producers with 10% of its total budget. In 2017 the annual amount did not differ a lot from the usual one, around 3 m EUR.

On the other hand, the activity in the private audiovisual sector increased.

The private TV channel bTV backed the shooting of 170 episodes of Dear Heirs, taking place in an artificially built village. Some of them were directed by Todor Chapkanov and Niki Iliev. The broadcast of the series started on 15 January 2018.

In cooperation with Global Films, the other main private TV channel Nova TV backed the shooting of Policemen from the End of Town, the first Bulgarian police comedy based on the Spanish hit series Los hombres de Paco. Nova TV also backed the detective series The Devil's Throat (in cooperation with Dream Team Films). The first six episodes were entirely shot in the picturesque surroundings of the town of Smolyan.

MINISTRY OF CULTURE
Minister of Culture: Boil Banov
17, Stamboliiski Blvd.
1040 Sofia, Bulgaria
Phone: + 359 2 940 09 00 (switchboard)
This email address is being protected from spambots. You need JavaScript enabled to view it.
www.mc.government.bg