PRODUCTION: Bulgarian Director Kostadin Bonev In Postproduction With Away from the Shore Featured 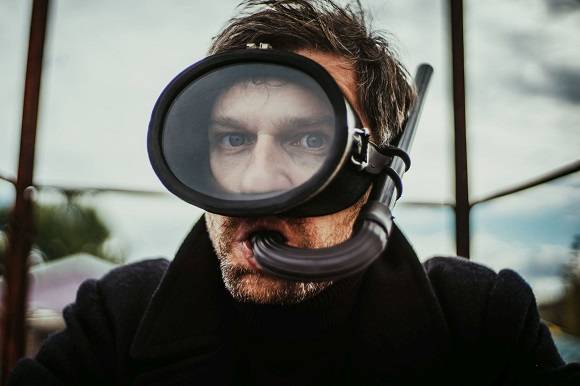 Penko Gospodinov in Away From the Shore

SOFIA: Bulgarian director Kostadin Bonev is completing postproduction on his new feature film Away From the Shore (aka Wolves around Us). This Bulgarian/Ukrainian coproduction is a personal interpretation of the clash between creative people and censorship during communism.

The script written by Nikola Petkov, Evgeni Kuzmanov and Kostadin Bonev tells the story of a talented theatre director expelled from the capital to a small provincial theatre. As human relations are fully dependent on constant secret tracking and fear of betrayal, his sincere efforts to set up a stage company gradually lose sense.

“The plot has two levels: one is realistic and reflects the director’s and crew’s everyday life and the other is fictional and shows the theatrical performance of a ship spinning in the sea. In order to uncover the nightmares of the time and the importance of memories, I tried to bind two sources of energies so as past, present and future become inseparable“, Bonev told FNE.

Bulgaria’s Trivium Films is producing in coproduction with Ukraine’s Odessa Film Studio with a budget of 810,500 EUR. The Bulgarian National Film Center is supporting the project.

The five weeks shoot took place mainly in the towns of Yambol, Bourgas and Sofia in autumn 2017.

Production Information:
Trivium Films
www.trivium-films.org
This email address is being protected from spambots. You need JavaScript enabled to view it.