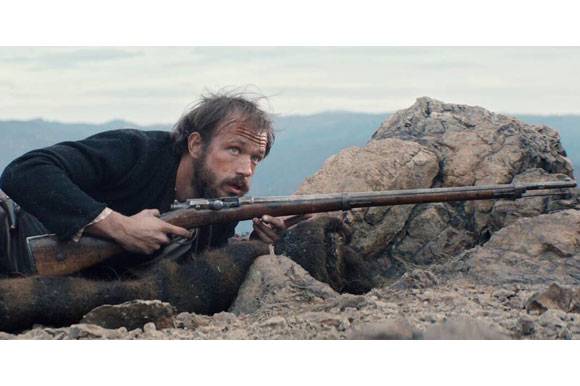 The script written by Nelly Dimitrova, Victor Bojinov and Milen Ruskov interwines fiction with historical facts from 1872. It tells the story of two semi-revolutionaries/semi-robbers, who fight against the rules of the Ottoman Empire. Gradually, their revolutionary enthusiasm is replaced by bitterness and disappointment.

Mostly known for his successful TV series, Bojinov shot the film in 55 days during the winter, spring, summer and autumn of 2016.

The film was produced by Bulgaria’s Serpentine Ltd, in association with Bulfilm, in coproduction with the Bulgarian National Television and Macedonia’s Dream Factory.

The film was released on 64 screens all over the country in November 2017 and had more than 140,000 admissions in the first four months of distribution. According to Christo Dermendjiev, the owner of the distribution company A+, “since 2010, no Bulgarian film has reached a similar success”.

“We organised an advertising campaign, which opened with the first shooting day and lasted for 18 months. There was no such experience in Bulgaria in the last 10 years. Our main achievement was that we succeeded to attract people who are not among the usual film goers”, Dermendjiev told FNE.

In June 2018 the film was chosen by HBO Go to open the broadcast of 19 Bulgarian films in the HBO Adria territories. Neterra TV also offers the film to Bulgarian audiences living outside the country.