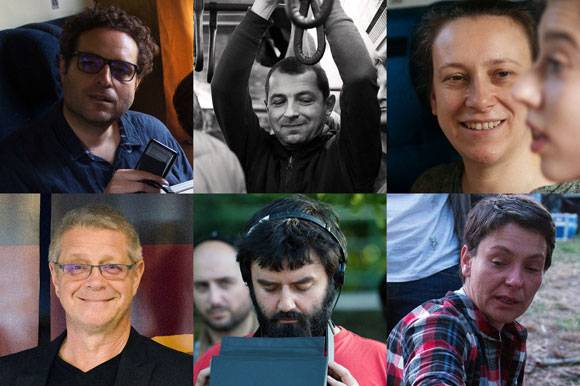 VARNA: The anthology 8’19'’ will screen in the main competition of the 36th Golden Rose National Film Festival (27 September - 4 October 2018). The film, inspired by six stories from the famous Bulgarian writer Georgi Gospodinov and shot by six film directors, is financed by Bulgarian National Television.

The script was co-written by Georgi Gospodinov and the directors Peter Valchanov, Lubomir Mladenov, Theodor Ushev, Nadejda Koseva, Vladimir Lyutskanov and Kristina Grozeva. The six plots are united by the theme of the Apocalypse. „Eight minutes and 19 seconds is the time it takes for the news about the death of the sun to reach us. That's what it takes for the light to travel from there to here. And then the darkness comes…” Gospodinov said.

“Gospodinov knows how to mix sadness and melancholy in measured doses. At the same time his prose acts against depression. People perceive our film as a kind of therapy”, executive producer from VIP Media Film Antoaneta Bachurova said.

Over twenty famous actors are involved in the film. The four DoP’s Krum Rodriguez, Dian Zagorchinov, Kiril Prodanov and Delian Georgiev each shot their segments in their own visual styles.

“As the financing was rather limited we asked each director to shoot his film over three days, but the whole production process took us three years,” executive producer from VIP Media Film Vladimir Lyutskanov also said.

Bulgarian National Television is planning to broadcast the film, but the exact date has not been announced yet.