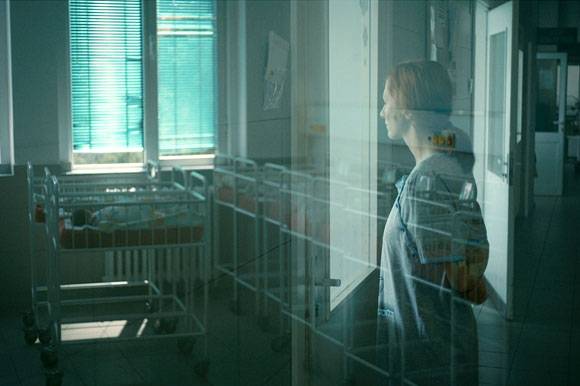 VARNA: Nadejda Koseva’s debut feature Irina will screen in the main competition of the 36th Golden Rose National Film Festival (27 September - 4 October 2018). The film is an attentive look at the feelings of a young woman during the nine months of her surrogate pregnancy.

The central character Irina leads a miserable life in a small Bulgarian town. When she and her family fall into unbearable financial trouble she decides to earn some money as a surrogate mother. Svetoslav Ovcharov, Bojan Vuletic and Nadejda Koseva wrote the script.

“I tried to carefully follow Irina on her emotional path. At first, she is full of despair and therefore she wants to escape from everything and everyone. During the nine months of pregnancy she passes through a painful journey from dark to light. In the end, she rediscovers her ability to love and returns to her family. Actually, it’s all about lrina’s inner world,” Koseva told FNE.

Martina Apostolova, who performs the lead part, is a newcomer. She is surrounded by a strong cast including Irini Jambonas, Hristo Ushev, Kasiel Noah Asher, Alexander Kossev and Krassimir Dokov.

Shooting started in 2015 but was divided into two periods. Most of the locations were in the town of Pernik, known for its coal mines. Due to security reasons, underground shooting was not allowed, therefore an artificial mine, similar to the real ones, was constructed for the filming. The evolution of Irina’s pregnancy was successfully simulated with the help of light shades and sophisticated makeup.

“Irina’s face was extremely important for me. I wanted to see it changing during the pregnancy period and most of all during the alternation of the seasons,” Koseva said. Kiril Prodanov is the DoP.

The film was produced by Art Fest (Stefan Kitanov) with a budget of nearly 450,000 EUR and with the support of the Bulgarian National Film Center.

Creative Europe – MEDIA, the SEE Cinema Network and ScripTeast supported the development of the script.

The International premiere will take place in the forthcoming 34th Warsaw International Film Festival’s main competition. The domestic release is planned for 2019.

Production Information:
Art Fest
This email address is being protected from spambots. You need JavaScript enabled to view it.
www.siff.bg/en