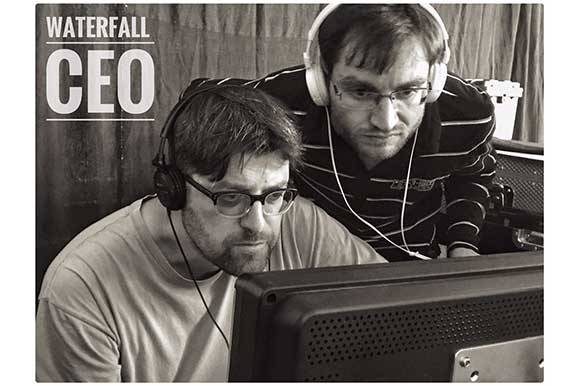 SOFIA: Mostly known for his documentaries, the Bulgarian director Svetoslav Draganov started shooting his debut feature Waterfall CEO on 23 March 2019. The film is a Bulgarian/Romanian coproduction supported by the Bulgarian National Film Center and the Romanian Film Centre.

The main character is a 40-year-old documentary film director Vassil, who is not much pleased with his creative achievements heretofore. A delicate long-term project, exploring the relationship between a sensitive monk and his mother, little by little takes Vassil away from his family. Svetoslav Draganov, Bogomil Dimitrov and Nevena Borisova wrote the script.

“With my documentaries, I've always struggled to reach the inner world of my characters. Waterfall CEO gives me the opportunity to enter some unexplored spaces, as trying to respect an ethical and moral approach the way Kieslowski always did,“ Draganov told FNE.

“Draganov seeks utmost authenticity, but at the same time he is not afraid of personal stories and improvisations”, producer Katya Trichkova also told FNE.

Svetoslav Draganov is producing through Cineaste Maudit Production in coproduction with Bulgaria’s Contrast Films and Romania’s Parada Film, Digital Cube and Correct Media. The budget is nearly 605,000 EUR. The project was developed at the 2017 Polish ScriptEast.

The 30-days shoot is taking place mainly in Sofia but also in some beautiful surroundings including the Tarjishki monastery St. Ilia.

Producer:
Cineaste Maudit Production (Bulgaria)
This email address is being protected from spambots. You need JavaScript enabled to view it.