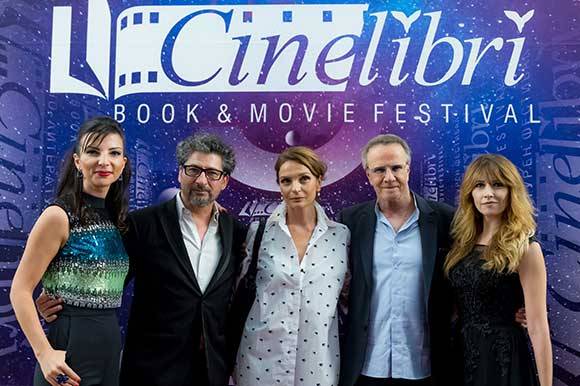 SOFIA: Burning by Lee Chang-dong, based on a story by Haruki Murakami, tops the CineLibri competition. 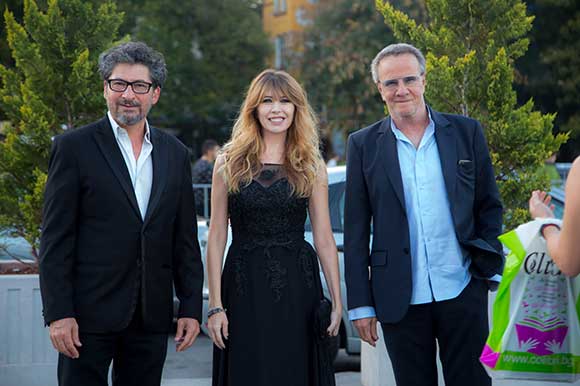 Hall 1 of the National Palace of Culture in Sofia hosted a glamorous award ceremony for the winners in the CineLibri Competition Programme on 13 October! The grand prize for the best literary adaptation, accompanied by an exquisite statuette, went to the cinematic masterpiece of South Korea and Japan, Burning (2018) adapted from the short story Burning Barn by the Japanese author Haruki Murakami. The story is part of his collection of 17 stories titled The Elephant Vanishes. They were written between 1980 and 1991.

The Jury panel consisting of Christophe Lambert, David Lagercrantz, Radu Mihaileanu, Loredana Cannata and Irini Zhambonas identified the three most talented interpretations of literary works in the language of cinema. The president of the Jury, Christophe Lambert, presented the Cinelibri Best Literary Adaptation Award 2019 to Hristo Hristozov, the distributor of the film for Bulgaria. The decision 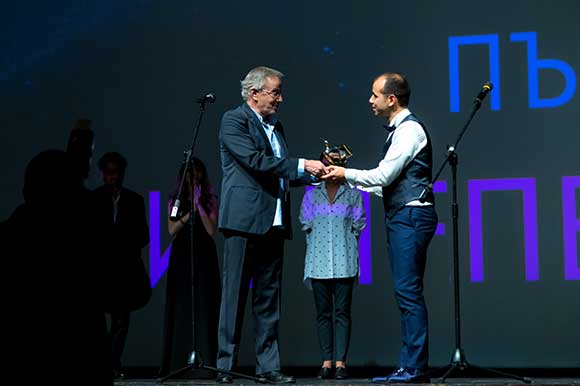 was motivated as follows: Burning (original title: Beoning) directed by Lee Chang-dong receives the grand award for its mesmerizing beauty and atmosphere, which pervades a parable-flavoured story built as a stream of questions about alienation between generations, the value of traditions in the light of impersonal cosmopolitanism and modern consumerism. Based on Haruki Murakami's mysterious story, the film is an original interpretation of the text - a subtle, vague, dreamy and captivating experience, backed by the necessary amount of irony and unforgettable footage."

Second CineLibri Distinction for Masterful Literary Adaptation was awarded to the biopic drama Boy Erased (2018) directed by Joel Edgerton, an adaptation from the eponymous memoir of the American writer and LGBT activist Garrard Conley, who was a special guest at the CineLibri IFF this year. A shocking account of real-life experiences, the film looks at the traumatic consequences of the so-called conversion therapy in America, which affected hundreds of thousands of human fates.

Third CineLibri Distinction for Masterful Literary Adaptation was awarded to the film The Tobacconist (original title: Der Trafikant) - a tender, wise, heartbreaking drama directed by Nikolaus Leytner, based on Robert Seethaler's novel of the same title. The film tells a vibrant story about the emotional and moral growth of a young man against the backdrop of escalating tensions on the eve of the Nazi occupation in Vienna and is a tribute to the talent of Bruno Ganz, who playes the role of Sigmund Freud. 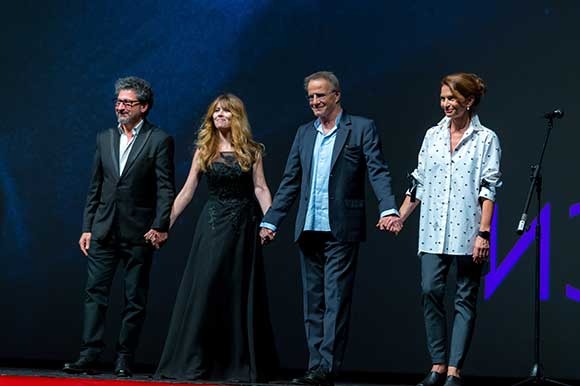 The awards ceremony was followed by a premiere screening of the darkly amusing psychological drama Who You Think I Am directed by Safy Nebbou, featuring one of the grande dames of French cinema - Juliette Binoche. Based on the novel by Camille Laurens, this absorbing mixture of romantic drama and wildly entertaining thriller explores contemporary digital liaisons in a compelling and intelligent manner.

CineLibri 2019 continues until 20 October. Spectators will have the opportunity to watch the award-winning films, as well as some of the film productions out of the competition programme, to attend gala evenings of the Hungarian, Irish, Japanese and German cultures, and to meet the renowned Israeli writer A. B. Yehoshua on the occasion of the Bulgarian premiere of the novel A Woman in Jerusalem and its film adaptation The Human Resources Manager (2010). The event will take place on 17 October at the Cinema House.

On 20 October, the winners of the CineLibri Short Film Competition, coproduced with TatraTea, will be announced as well. The awards ceremony will take place at the Lumiere Lidl Cinema at 7:00 pm.