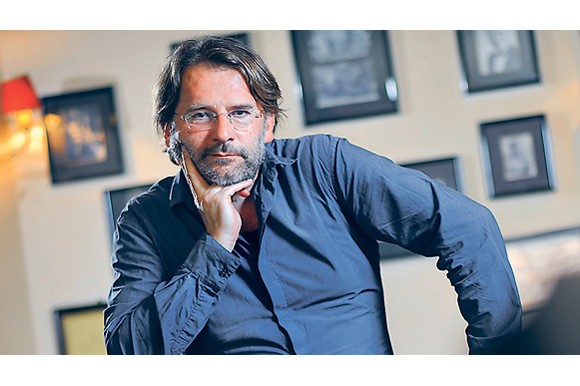 1. What was the most important development in the your country's film industry over the past year?

Amendments to the 2007 Film Act, which provided legal and institutional framework for one of the main strategic goals of our four-year National Strategic Programme for the Audiovisual Industry 2010-2014 to be implemented -boosting inward investment by introducing a tax incentives scheme which starts in January 2012.

2. How important are European coproductions for the development of your country's film industry and what opportunities do you see for cooperation with neighbouring countries in film production, education and distribution?

Extremely important. We've always felt that co-producing with other countries wasn't merely a necessity brought on by the ever-decreasing financing opportunities in many European countries, but also a way of expanding creative horizons of our filmmakers and making our mark on the European filmmaking scene. To make good on this fundamental belief of ours, we have pledged and so far made good on our promise, outlined in black and white in our Strategic Programme that at least 15% of our overall yearly production budget should be earmarked for co-productions with minority Croatian participation.

So there is a dedicated minority co-production fund in operating in Croatia since the beginning of 2010. On top of that I must stress that through this fund we are not supporting only features - fiction, documentary and animation but shorts as well. Just to illustrate the scale of the change - I should point out that since 2010, the amount of support for co-productions with minority Croatian participation has quadrupled - from 210,000 euros per year which was a rule before, we are now looking into 800,000 Euros per year.

Also, the decision to run an open call for submission with 4 yearly deadlines in line with the Eurimages submission deadlines has enabled us to become one of the most effective co-producing countries in the region.

Though, almost by default, we mainly tend to produce with countries from our immediate neighbourhood, ie. countries from ex-Yugoslavia, 2010 saw the first Danish-Croatian coproduction - Room 304 by Birgitte Staeromose. We have also partnered with the Dutch, the French and the UK on Peter Greenaways's latest film, which was shot mainly on locations in Croatia.

3. What is the role of film in your country's cultural identity?

It is extremely important. And I don't think it is only the case in Croatia, but overall in the world. Somebody said once that for us, the citizens of the 21st century, understanding

the moving image was equally important as literacy was for the citizens of 19th and 20th century. The moving image is the main way through which in this day and age, we project our national identities and I don't think that in this respect Croatia is any different from other countries.

4. Looking back over the past five years what are the major achievements and what do you consider still needs to be done?

First of all it was our 2007 Film Act i.e. Law on Audiovisual Activities, the first piece of legislation pertaining to the audiovisual sector since the break-up of Yugoslavia which allowed us to create a Government-backed, but independent main agency for film in the country - The Croatian Audiovisual Centre. Not only that, the 2007 Film Act provided a very enlightened model of financing the activities of the Centre, modeled basically on the French CNC - a combination of the grant-in-aid from the Government and contributions of all those exploiting audiovisual works - broadcasters, exhibitors, telecom operators, Internet providers, etc.

Also, we were very successful in mobilizing all the stakeholders in the audiovisual sector around a common project, which is a National Strategic Programme for the Audiovisual Industry with its clearly stated strategic objectives for four years to come. Out of four - we have already secured two - we have already ensured the steady income for the activities of the centre and we have introduced the tax incentive to bolster inward investment and provide an additional source of financing for indigenous productions.

The next big thing ahead of us is the digitalisation of small independent cinemas which is already on its way, as well as a comprehensive national programme and capital investment in preserving film heritage which will make sure that the relevant national and world film heritage is preserved and made accessible for future generations.