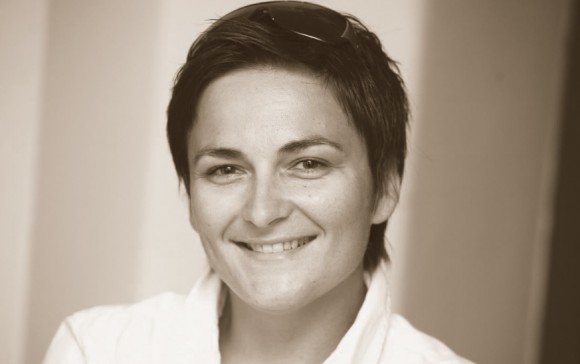 ZAGREB: Croatian producer Zdenka Gold set up her own production company Spiritus Movens Production in 2009 after working as a freelance producer for a decade.

She says that being “an AA - Adrenaline Addict” brought her to film producing. “The challenges of film production can sometimes resemble those of extreme sports, especially when you go into production and it feels almost like free falling,” she told FNE.

But when you “create films that move people's hearts and challenge their convictions about right and wrong, it all seems to make sense.” The most surprising thing she discovered in film producing was “how easily borders that people are imposing on themselves can be crossed.”

With Spiritus Movens Production she produced the documentaries 20 Days in Tibet by Silvestar Kolbas and See You in One Year by Marko Stanic, and Bobo Jelcic's first feature A Stranger which premiered in Berlin's Forum this year.

Gold is now developing several projects including Family Dust/Obrnutaperpektiva, the first feature of established actress and conceptual artist Nina Violić using animated elements and exploring the notion of objectivity. She is also developing Breath by Denis Lepur and Marko Stanic, and White House by Ranko Paukovic. She is coproducing Barbarians, the first feature of the young Serbian director Ivan Ikić about a group of young men representing the lost post-war Serbian generation, now in postproduction.

Being  so close to each project makes it difficult for Gold to define her dream project. “Each of them has that very strong moment that attracted me. In some projects it is the story itself that is so strong that it simply must be told, in others its authors or actors are in their prime…” However she is still dreaming about a project in terms of profit. And her advice for a young producer is simple and clear: “Just open your heart towards the new and the unexpected, but keep your eyes wide open too!”