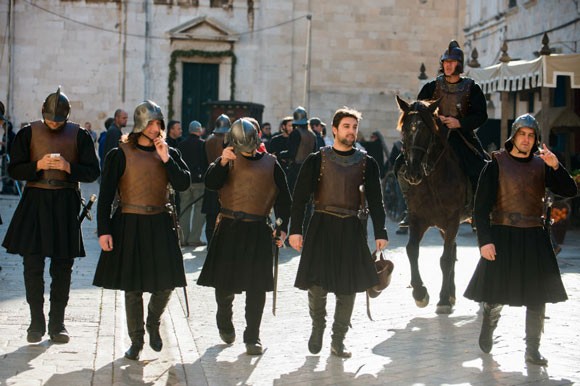 ZAGREB: The third season of the TV series Borgia is shooting on location in Croatia from 7 to 21 January 2014, before moving to Italy after 113 days in Czech Republic.

The coproduction uses the incentives program of the Croatian Audiovisual Centre.

Following The Game of Thrones, the French-German-Czech big budget coproduction is shooting mainly in the old town of Dubrovnik and on Lokrum island, but also in Istria and the island of Pag, with facilities provided by the Croatian company Pakt Media.

Created by Tom Fontana, the series is directed by Oliver Hirschbiegel, Dearbhla Walsh, Metin Huseyin and Christoph Schrewe. It is produced by the French company Atlantique Productions and Canal Plus, in coproduction with the German EOS Entertainment and the Czech company Etic films.The main characters are played by John Doman (Rodrigo Borgia), Mark Ryder (Cesare Borgia) and Isolde Dychauk (Lucrezia Borgia). James Welland is the DoP.

The tax incentives program allows the producer to get 20% refund of the amount spent in Croatia. Croatia is one of three countries in the European Union with an authentic architecture from the late 15th century, said Hrvoje Hribar, the head of HAVC, in a press conference held in Dubrovnik together with the producer Rick McCallum of Prague-based production company Film United. He said that the month of shooting Borgia will bring approximately 1.5 EUR (11 million Kunas) to the Croatian economy.

The German company Beta Film is handling the international sales.