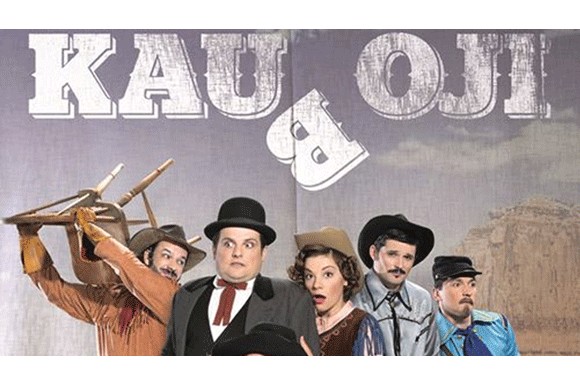 WARSAW: Croatia, Estonia, Latvia and Georgia have announced their submissions for the Best Foreign-Language Film at the 87th Academy Awards.

Croatia's submission is the comedy Cowboys/Kauboji by Tomislav Mršić, produced by Kabinet, in coproduction with the Croatian Radiotelevision. The film, based on a popular Croatian play, had the biggest opening in the history of Croatian cinema in October 2013, and won the Golden Gate Audience Award at the 2013 Pula Film Festival.

Estonia is taking its chances with Zaza Urushadze’s Tangerines, an Estonian-Georgian coproduction between Allfilm and Cinema 24. Tangerines, which takes place in 1992 during the civil war between Georgians and Abkhazians, is the third feature of Georgian director Zaza Urushadze.

Georgia is represented by Corn Island/Simindis Kundzuli, by the acclaimed Giorgi Ovashvili. This psychological drama set on the border of the Georgian-Abkhazian conflict, won the Crystal Globe Award at Karlovy Vary IFF. Corn Island is produced by the Georgian company This email address is being protected from spambots. You need JavaScript enabled to view it.s in coproduction with France's Arizona Productions, Germany's 42film, Axman Production from the Czech Republic and the company Kazakhfilm from Kazakhstan.

Latvia has chosen Rocks in My Pockets by Signe Baumane as its official entry for the Awards. A Latvian-USA coproduction in English, the film is produced by the Signe Baumane Studio and coproduced by Locomotive Productions. This animated feature-film deals with depression in a lighthearted way.

The deadline for submitting films for the Academy Award for Best Foreign-Language Film is 1 October 2014. The Academy will announce the five nominees on 15 January 2015. The awards ceremony will take place on 22 February 2015.