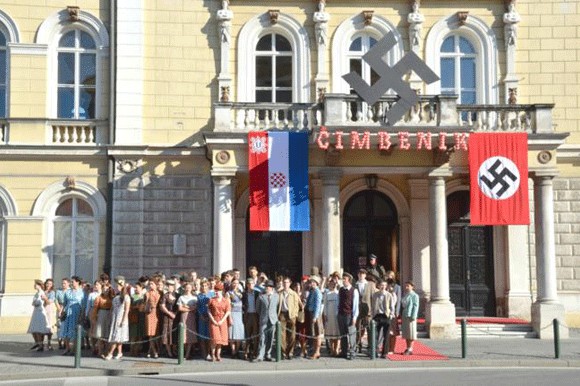 This satirical coming-of-age story focuses on Ljiljan Vidić, played by Kristijan Jaić, a young rustic poet sent by the Partisans to participate in the talent show Factor X to get close to and assassinate Hitler.

Ivan Maloča is producing through Inter Film in coproduction with Serbia’s Zillona film. The project received a production grant of 574,236EUR/4.3mHRK from the Croatian Audiovisual Centre in June 2013 and it is also supported by Eurimages. The two month shoot started on 29 August 2014. People’s Hero Ljiljan Vidić is set to premiere in 2015.