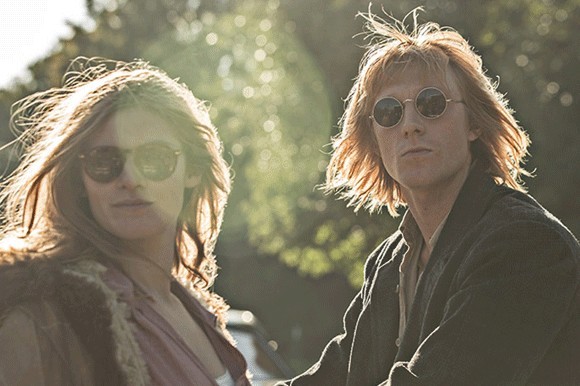 ZAGREB: Croatian producer Igor A. Nola currently has five international coproductions shooting or in postproduction and is expanding into Northern Europe.

Nola’s company MP Film Production has the most international coproductions of any company in Croatia.

After coproducing Birgitte Stærmose's Room 304 (2011) the first Danish/Croatian coproduction ever and more recently Ole Christian Madsen's Itsi Bitsi, Nola is in postproduction with his third Danish/Croatian coproduction. Sparrows, by Runar Runarsson, was shot in Iceland in July 2014 with Rade Šerbedžija as one of the leading actors. The film is coproduced by Nimbus, MP Film Production and Halibut. The project will apply for postproduction support at HAVC.

Wait for Me/Čekaj me by Macedonian director Mitko Panov is currently shooting. The film is produced by Switzerland’s Tipimages Productions, Croatia’s MP Film Production, Macedonia’s Pirej Film and Ireland’s Samson Films. Ten of its 35 shooting days were spent in Croatia where the film wrapped shooting on 11 October 2014.

Lazar by the Macedonian director Svetozar Ristovski recently began sound postproduction. The contemporary story of a man who smuggles illegal aliens across the border with Greece is a coproduction between Small Moves Film from Macedonia, Croatia's MP Film Production, France's Arizona Films and Bulgaria's Gala Film. The budget is 1.073m EUR, Nola told FNE. The film was shot in Macedonia and Bulgaria in July and August 2013 and is set to be finished in the begining of 2015. Arizona Distribution is the sales agent, but an additional sales agent might be engaged as well.

Montenegro (working title), the debut feature of Czech director Petr Kubik, was shot in Montenegro and Czech Republic in June and July 2013. The road movie about two Serbian girls travelling to Montenegro together with two Czech boys they met on the internet was shot with a crew of only 18 people and a budget of 400,000 EUR. Three Brothers Films from the Czech Republic, OR from Montenegro and MP Film Production are coproducing.

“What I liked about my projects is that they are so different,” Nola said. He is now developing another three international projects, among them the first Norwegian/Croatian/Danish coproduction. “We have been developing scripts with the Baltic states for some time; we try to encourage them to shoot in Croatia,” Nola said.