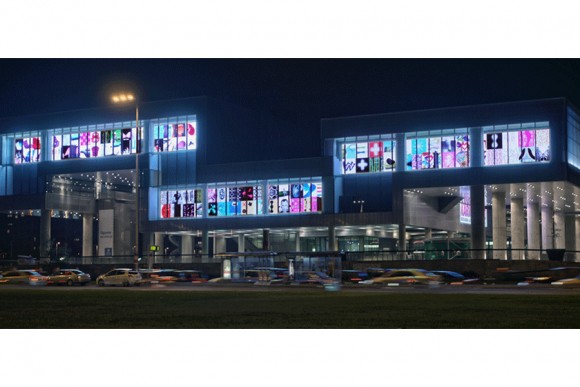 This month we speak to Zlatko Vidacković, founder and programme director of the Kino Metropolis which started screening in the Gorgona Hall of the new Museum of Contemporary Arts in Zagreb in September 2010. It has 233 seats and it was digitalized in 2013.

Zlatko Vidackovic: The biggest challenge is to bring many visitors to non-commercial films, films that have almost no campaigns or TV-commercials. Non-commercial films are often distributed by small distributors that do not have enough money for publicity.

And most independent cinemas do not have a budget either to compensate for that. And everybody asks us to have more visitors: our financiers, our boards, the distributors, Europa Cinemas …

Z.V.: I personally prefer quality genre European films: history, romance, thrillers... I believe that it is very difficult to create a quality genre film, and that their artistic value is not lower than the value of dramas.

Z.V.: I have experience in running the most popular film festival in Croatia. Pula Film Festival has increased its number of visitors during my mandate, from 2004 to 2014, from 18,000 to 78,000. Festivals have a huge public relations impact; they draw the attention of the media and cinema visitors to non-commercial cinema.

They run campaigns we could only imagine, because they have the capacity to attract sponsors and media sponsors like no repertoire cinema. Our Cinema Metropolis is full during such events like European Film Days or the Zagreb Film Festival.

Z.V.: Europa Cinemas's support is the only international financial support we receive for our work. They encourage us and remind us that we are doing the right thing, despite all the difficulties we have. Europa Cinemas runs useful seminars and with its conferences helps us to meet and exchange ideas and also gives us the feeling of belonging to a family, to a community of cinemas and individuals who try really hard to help European films reach their audience.

Z.V.: Metropolis is the only art cinema in New Zagreb, which has more than 100,000 inhabitants. It provides them with an alternative to the commercial repertoire of the multiplexes. It also provides joint tickets for exhibitions and films: when one buys a ticket for an exhibition, one gets a discount for acinema ticket. Our mission is not to make profit, but to serve the community.

Z.V.: Children can be encouraged to appreciate art and we can use films in order to help them understand art and make it an integral part of their lives; so we hosted a programme co-organized by our partner association Kids meet Art called The Seventh Continent.

It has brought to our cinema more than 3,000 children who enjoyed the screenings and participated in discussions anout the films with great curiosity. More than twenty films are shown every year. Last year’s programme offered the best European children’s films, including titles from France, Germany, Norway, the Netherlands and Croatia.

The contemporary European Children’s Film is represented by a number of prize-winning titles (Three Robbers, Eleanor’s Secret, Crocodiles, Cowboy, Tomboy, The Liverpool Goalie…), but the programme also includes film classics such as the black and white German movie Twins and the French cult movie Red Balloon.

After every screening, a thematic workshop and a film analysis were organized in collaboration with an expert from the field of the media culture (professors of Croatian language, teachers, directors, professional animators, film critics). A total of 80 film analyses and 60 guided tours by experts through the permanent display of the Museum of Modern Art took place.

Z.V.: I do not see many changes, sincerely. Everybody thought it will bring a revolution, but things remain pretty much the same. It is easier to keep a film longer on the repertoire, or to get it earlier, but no big change occurred. Many smaller distributors do not have money to produce DCP’s, so they give MP4 files which are later used for Video-on-Demand, TV, etc. That is also a useful and cheap way of independent film distribution that should be used whenever a DCP is not available.