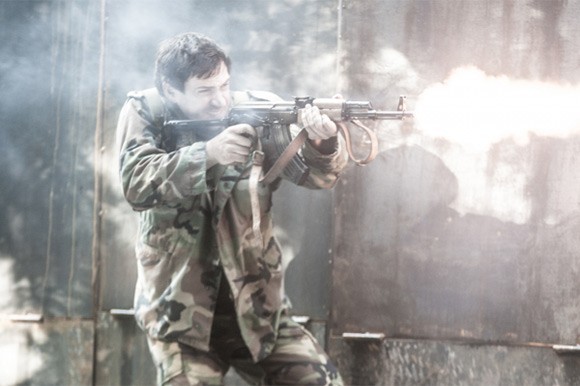 ZAGREB: The Croatian box office decreased 6.74% year-on-year compared to 2013 which was packed with local hits. In 2014. Hobbit: The Battle of Five Armies tops the chart.

According to the Croatian distributor Continental Film, admissions in 2014 were 3,789,594. Numbers are expected to slightly increase as official figures are still being counted.

According to the Croatian Audiovisual Centre, a total of 13 Croatian features, eight of which were co-financed by HAVC, have been produced and released in 2014, compared to 16 domestic releases in 2013. Eight of these titles were distributed by Croatian multiplexes. Croatia's independent cinema network distributed a total of 35 feature films, including minority coproductions, in 2014. This new distribution channel enabled smaller local productions, such as Nebojša Slijepčević’s 2013 documentary Gangster of Love produced by Restart, to obtain higher gross earnings through a wider distribution area.

Mainstream domestic production remained a popular genre, although the numbers fall short of the results achieved by last year’s major hits such as Vinko Bresan’s The Priest’s Children and Vlatka Vorkapić‘s Sonja and the Bull, both produced by Interfilm, as well as comedies such as the number two domestic film Handymen directed by Dalibor Matanić and produced by Croatian Radiotelevision.

The year 2014 also proved to be successful for children’s films, with Daniel Kušan’s Love or Death (Kinorama) topping the domestic charts, reaching approximately 40,000 admissions through major distribution channels, followed by Silvije Petranovic’s The Brave Adventures of a Little Shoemaker (Maydi Film & Video) and Tomislav Žaja’s The Little Gypsy Witch (Formula film) at number 3 and 4. In comparison with 2013, last year marked a comeback of dramas, four of which were distributed through Croatia’s multiplex theatres: Number 55 by Kristijan Milic (Croatian Radiotelevision), Projections by Zrinko Ogresta (Interfilm), Happy Endings by Darko Šuvak (Alka films) and Igor Filipović’s After the Dream (Jamat produkcija).