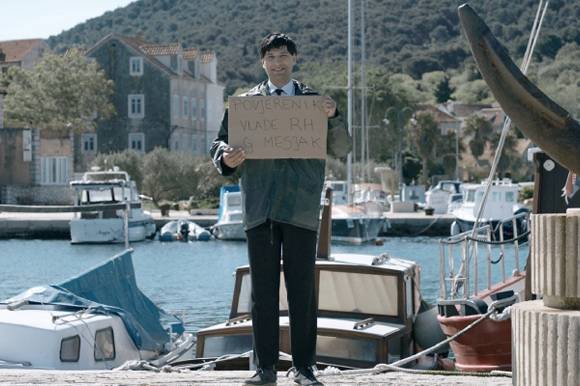 The Eighth Commissioner by Ivan Salaj

ZAGREB: The Croatian/Bosnian coproduction The Eighth Commissioner / Osmi povjerenik by Ivan Salaj has been selected as Croatia’s official entry for the US Academy Awards in the Foreign Language Film category. The decision has been made via a secret ballot by the Croatian Society of Film Workers (HDFD).

Based on a book by Renato Baretić, this drama/comedy follows an ambitious politician, who gets involved in a scandal. In order to keep him away from the public eye, the government sends him to Trećić, an isolated Croatian island with no telephone or internet signal. There, he is put in charge of organising the local elections, a task that seven commissioners before him failed to accomplish.

The film was produced by Croatia’s Alka film in coproduction with Embrio Production, Hrvatska radiotelevizija (HRT), Kadar film from Bosnia and Herzegovina and Croatia’s Olimp produkcija. The project was supported by the Croatian Audiovisual Centre, the Sarajevo Film Fund and the MEDIA Programme.