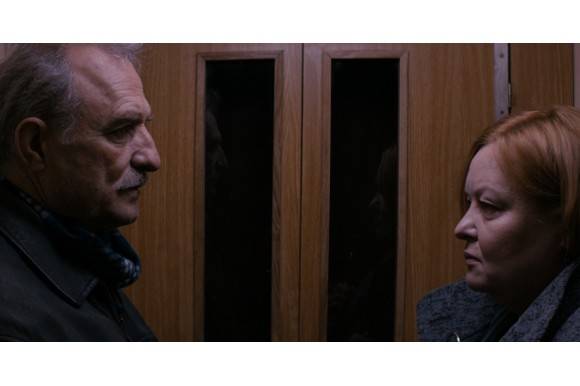 On the Other Side by Zrinko Ogresta

ZAGREB: Croatian helmer Zrinko Ogresta has started filming his eighth feature People Can’t Fly. The film is produced by Interfilm from Croatia and coproduced by Zillion film from Serbia.

The script is loosely based on the award-winning drama Play About Mirjana and Those Around Her by the young Croatian playwright Ivor Martinić, which was produced by theatres in Croatia, Serbia, Slovenia and the UK.

Croatian theatre actress Vanja Ćirić will make her film debut in the role of the middle-aged Mirjana, a secretary at a small thread factory in Zagreb, looking for her own piece of life's fortune. On a day when a modest ceremony marking her 20 years in the company is being prepared, complicated interpersonal relationships paint the picture of her past and future.

“In the film People Can't Fly I will strive to step out of established academic and film professional frameworks, in order to upgrade, refine or bring them closer to the basic human feeling, something special, imperfect, individual”, Ogresta said.

Orgresta’s previous feature film On the Other Side premiered in 2016 at the Berlinale, where it won two special mentions of the Europa Cinemas Label jury.

The Croatian Audiovisual Centre supported People Can’t Fly with 485,046 EUR for production and Film Center Serbia added 69,420 EUR for minority production. Additional funding was secured from the Croatian Radiotelevision and the producer plans to introduce new international partners in the postproduction phase of the project.