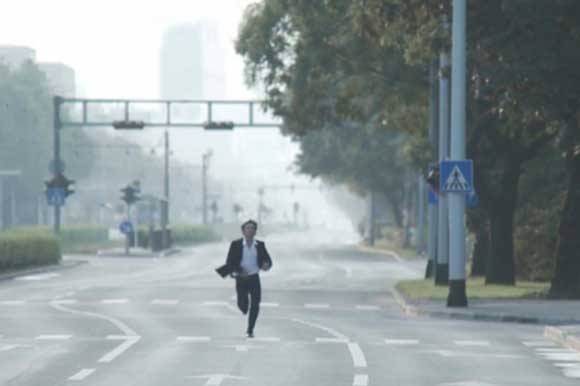 The Show Must Go On by Nevio Marasović

ZAGREB: The debut feature of Nevio Marasović, The Show Must Go On (2010) is available on Vimeo free of charge. The director made this decision to express his support for people in the difficult times of the Coronavirus pandemic, but also to show them that what he imagined in this Sci Fi film is more or less happening now.

“I decided to release The Show Must Go On for free so that people could see the work of Croatian filmmakers while they are quarantined (…) and to stay healthy, because we will defeat this monster”, the director said in a press release issued by the Croatian Audiovisual Centre.

The Show Must Go On is set in 2020, when an ambitious producer of a reality TV show hires six couples to live in a house cut off from the outside world for 180 days. While the show is recorded, a global war breaks out, but the six couples have no clue and the producer hides the truth from them.

The film premiered at the 2010 Pula Film Festival, where it won four awards, including best script and best debut feature.

The film was produced by Imitator and Vizije SFT in coproduction with Pink Noiz and Akademija dramske umjetnosti.

Click HERE to see The Show Must Go On on Vimeo.

Another film by Nevio Marasović, Vis-à-vis (produced by Antitalent), was posted for free on Vimeo in 2018 and can be watched HERE.