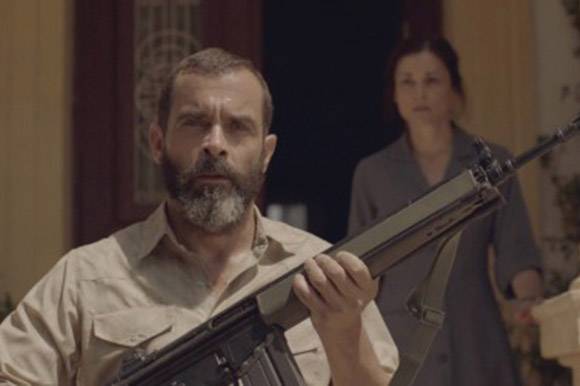 NICOSIA: The Cypriot/Greek film The Siege on Liberty Street by Cypriot writer/director Stavros Pamballis took both the Audience Award and the FIPRESCI Prize at the recent 60th Thessaloniki IFF.

The film was produced by Med Focus, which is a part of Green Olive Films based in both Greece and Cyprus, Argonauts Productions and Faliro House Productions. It received Creative Europe MEDIA funding.

The Siege on Liperti Street, which was completed in 2019, won the Greek Film Critics Association award (PEKK), the International Federation of Film Critics award (FIPRESCI), the Hellenic Broadcasting award (ERT) and the Fisher award. In addition, the film won the Second Award accompanied by a 2,000 EUR cash prize for the FIPRESCI’s award Greek winner.

The film is set on the UN Buffer Zone in Nicosia, and tells the story of a family’s struggle to hold on to their home, which straddles the line dividing the city.

The film had its premiere screening at the Thessaloniki IFF. It was pitched at the Karlovy Vary IFF.