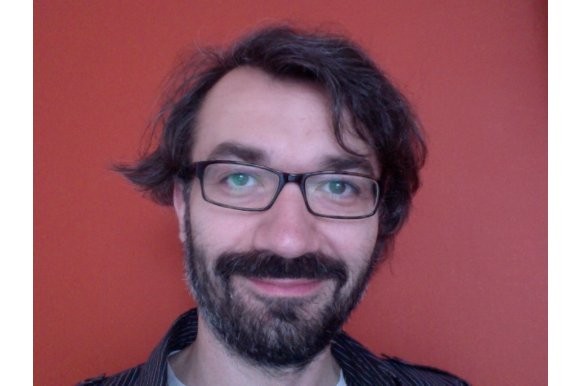 FNE together with Europa Distribution have launched its new Distributor of the Month series.  In recognition of the hard work and excellence of European distributors and the common problems they face especially in the transition to digitalization we choose a distributor from each country covered by FNE each month.

We look at the challenges and the successes faced by those distributors who are members of Europa Distribution with a special series of interviews that offer insights that other distributors of European films can benefit from and a platform for the exchange of ideas. This month we focus on Czech Republic and we continue our series with an interview with Ivo Andrle, the head of Aerofilms (www.aerofilms.cz).

FNE: How does the market in your country differ from other countries? What is specific about the Czech market? How is independent distribution doing in your market today?

One thing is the very high rate of permission of domestic films among the total admissions. Another is the quite high level of digitalization of the independent cinema sector. At the same time, everyone would like to see a higher average of visits to the cinema per year per person, of course. Independent distribution is actually quite lively, even though struggling with the "digital paradox" where digitalized cinemas sometimes tend to screen fewer titles and concentrate on the big hits, which they can show starting with the first week now, which was notpossible before. One of the most anticipated effects of digitalization among the independent distributors was the opposite – a bigger variation of the programme and a better chance for even smaller films to make it to the cinemas as the costs of doing so are lower. Unfortunately, in reality this does not always work.

FNE: How competitive is your market for European films (national and non-national)?

In my view the bigger competition is national films as some of them can generate very good numbers at the box office. Non-national European films are somehow less difficult. It almost seems like each distributor has his own taste and it does not interfere so much. Naturally, sometimes there is a gentleman’s fight over some titles.

FNE: What kind of films seem to work well with audiences in your market?

This is a very difficult question - for us this is a question of setting up the right expectations. Each film can have some potential, and it is part of the distributor's job to make sure that the
expectations are not over or underestimated. And if you can see reasonable distribution costs on one side and matching expectations from income on the other, you should go for such a title and do the work. Therefore, sometimes we can be happy with 5,000 visitors and sometimes disappointed with 100,000… So we do not have any specific type of film, genre, etc., but we try to find an audiences for all sorts of films. We must like them ourselves, in the first place.

FNE: What are the major areas that you focus on (theatrical/DVD/VOD/TV distribution, production, exhibition...)?

Aerofilms is very much connected to the cinema world. We are in very close relation to the three best independent cinemas in Prague. We love cinema, and we distribute films that fit on a cinema screen the most. Of course, we also handle TV sales, and we are experimenting with our own VOD brand, etc. But cinema is the key for our work.

To buy films that we like for the best possible prices and under the best conditions.

FNE: What films have been your biggest hits?

FNE: What are your upcoming releases and how will you promote them?

The upcoming line-up features: Polski Film, The Angel's Share, Beasts of the Southern Wild, Holy Motors, Love is All You Need... We are promoting each film individually, trying to effectively reach its target audiences. Most of them, however, started their local promotion with screenings at the Karlovy Vary Film Festival (www.kviff.com) recently.

Aerofilms is a Czech film distribution company that extends the activities of the three largest art-house cinemas in Prague - Bio Oko (www.biooko.net), Aero (www.kinoaero.cz) and Svetozor (www.kinosvetozor.cz). The line-up is open to productions from any territory of the world, and is not limited to any date of production. It also includes documentaries. Besides exploiting rights theatrically, on VOD and on TV in the Czech and Slovak Republics, Aerofilms is also the provider of live transmissions of the METinHD for many neighboring countries (Poland, Slovakia, Bulgaria, Serbia, Romania, Croatia, Hungary, Slovenia).